You Don’t Really Believe In Astrology, Do You? 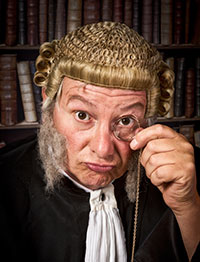 It amazes me how often I have been asked this question, even by people who know I am a professional astrologer (and it’s a pretty insulting question to ask a professional.). The question itself is symptomatic of a deep bias against astrology that comes out of the scientific community. Refuting the reasons for that bias would take a whole book, and fortunately astrologer Pam Gregory has written one with the same title. But there are a few key points about astrology and science I’d like to make here.

1) Bias is a lousy basis for experimentation.

In the course of acquiring a solid scientific education, one of the first things I learned is that science is based on objective observation and testing. Theories are encouraged, but if your theory gets in the way of your facts, then it’s back to the drawing board or the lab bench. I also learned that scientists, like other humans, can be far from objective, cherish their pet theories, and even descend into intellectual dishonesty in defense of their preferred world view (or their grants). Astrology threatens the core world view of many scientists, and they attack it with such ferocity that it’s clear they have a real emotional investment in demolishing it. This leads to flawed reasoning, testing, and interpretation.

I remember how guilty I felt during my first year in grad school, as I pulled out that box of astrology books I had packed away several years before. One could not, I was assured, be a scientist and believe in astrology. But astrology had always been tremendously helpful to me, and I needed some help at the time.

Finally, I realized that the truly scientific approach was to acknowledge my own experience and admit that astrology could be of considerable help to me and, clearly, to others as well. A bit of thought and research led me to the realization that the leading lights in the astrological community were exceptionally intelligent and well-educated people who had made astrology either a passionate hobby or a profession because their own repeated experiences had made its value obvious to them.

Denying one’s experience and observation is not scientific. So the question for me then became, why was it helpful? Was the help illusory, some kind of psychological delusion, or was astrology actually predictive and able to offer deep spiritual and psychological insight? The people I knew who practiced astrology were not the sort prone to self-delusion, and, as a scientist-in-training, I wondered if science had come up with any answers.

Unfortunately, scientific research is expensive in both money and time, and I discovered that most of the research that had been done was deeply flawed, and the underlying bias against astrology was clear. Science — good science — does everything possible to limit bias on the part of the experimenter. What I was reading oozed bias out of every sentence. Another major flaw I found was researchers’ ignorance of the subject they were studying. Which leads me to my second point.

Yet scientists who dismiss astrology repeatedly display their utter ignorance of the subject. They assume astrologers do not understand precession of the equinoxes, and toss around accusations of supposedly unaccounted for constellations, without having the slightest understanding of astrology’s most basic tenets. I covered the validity of astrology’s astronomy in this post, so I will move on to the next assertion that is often flung like a gauntlet in front of astrologers, and my next main point.

3) Correlation is not causation

The tone in which this statement is uttered usually drips with condescension, but I always agree wholeheartedly. The speaker then invariably goes on to explain that even if there is a correlation between planetary positions and personal psychology or life events, that does not mean the planets *caused* those things, and I always agree with that, too. Because this fact is is simply not relevant to the work I do as an astrologer.

Indeed, correlation does not prove causation, but it doesn’t need to. Correlations can be quite useful all by themselves if the correlation is reliable. There are, for instance, fairly dependable patterns to the seasons, and farmers and gardeners in most localities have some kind of statement that suggests planting crop Y when the leaves on tree Z are at a certain size. The tree’s leaves may grow in response to a certain day length or a certain daily temperature range which generally occurs around, say, 2 weeks after the average last frost date for that area. So that means we can state with some certainty that it will be warm enough to plant corn when the oak leaves are the size of a mouse’s ear. Of course, the oak leaves do not indicate if there will be a late frost this year, or if the soil is flooded from recent rains, but it’s a reliable, useful marker. No causation involved — the oak leaves do not cause the soil and air to be warm enough — but a clear correlation.

We may well eventually find that there is no causative relationship between the planets and the events and underlying psychological forces of a human life. Or we may find that there is. But a reliable correlation is really all we need to have a practical, reliable, workable astrology. In fact, I suspect we will eventually find that there is not immediate causation so much as a clear reflection of an underlying framework of energy. To my mind, we are discovering so many mysteries and complex patterns at the very foundations of our universe — connections we would never have dreamed of even a few decades ago — that the concept of planetary patterns being in some way correlated to life on Earth seems quite plausible. But it should be remembered that astrologers are reading universal patterns, and they do not need to know the cause of those patterns to read them, any more than a farmer needs to understand the biochemistry of an oak tree to know when to plant corn.

A discussion of correlation and causation leads right into the recurring question of mechanism, my next point.

4) A knowledge of mechanism is not required

Scientists, and people who think they are upholding science, frequently criticize astrology by saying something along the lines of “we can’t figure out how it could possibly work, ergo, it doesn’t work”. This attitude is completely in conflict with the scientific approach, and I’ll let Carl Sagan explain why. In 1975, Sagan, always highly skeptical of astrology, refused to sign a polemic against astrology signed by 186 other scientists because he believed the “tone of the statement was authoritarian” and went on to note that:

“The statement stressed that we can think of no mechanism by which astrology could work. This is certainly a relevant point but by itself it’s unconvincing. No mechanism was known for continental drift (now subsumed in plate tectonics) when it was proposed by Alfred Wegener in the first quarter of the twentieth century to explain a range of puzzling data in geology and paleontology. (Ore-bearing veins of rocks and fossils seemed to run continuously from eastern South America to West Africa; were the two continents once touching and the Atlantic Ocean new to our planet?) The notion was roundly dismissed by all the great geophysicists, who were certain that continents were fixed, not floating on anything, and therefore unable to ‘drift’. Instead, the key twentieth-century idea in geophysics turns out to be plate tectonics; we now understand that continental plates do indeed float and ‘drift’ (or better, are carried by a kind of conveyor belt driven by the great heat engine of the Earth’s interior), and all those great geophysicists were simply wrong. Objections to pseudoscience on the grounds of unavailable mechanism can be mistaken – although if the contentions violate well-established laws of physics, such objections of course carry great weight." 1

In other words, the fact that we can’t figure out how it works doesn’t mean that it doesn’t work. One would think that would be fairly obvious to scientists, but repeated demands for a theory of mechanism for astrology make it clear that it is not.

Lastly, let’s look at one of the foundation stones of the scientific method, variables

5) Good science requires that you know, account for, and control as many variables as possible

Understanding and control of variables is at the heart of scientific research, and while there are statistical methods that can help moderate the effects of unknown and uncontrolled variables, the more variables there are, the more difficult it is to design a robust experiment.

Research into astrology is subject to the same problems as research in psychology and sociology — and meteorology, for that matter. There are a vast number of difficult to control and often unknown variables, and desired results are often more qualitative than quantifiable. Astrology is, after all, dealing with the totality of our life here on Earth, and human experience cannot be reduced to numbers.

Any truly scientific study of astrology would require a curious and open-minded approach to the discipline by scientists who are willing to learn the subject they are testing before designing experiments, because that is the only way they can truly understand some of the key variables involved.

Good scientific research would be of great benefit to the field of astrology. Some has already been done, notably the discovery of and follow up research on the Gauquelin “plus zones” . Astrology has been around for thousands of years, and has acquired a number of irrelevant, misleading and/or entirely unnecessary accretions, which solid, modern research could go a long way towards eliminating, not to mention the new theories that need to be tested. But that research would require people with money, time, and an in-depth knowledge of both astrology and science who have done their best to eliminate any personal bias either for or against the hypothesis being tested. (Hint: “Does astrology work?” is not a good testable hypothesis. What version of astrology? What do you mean by “work”? Exactly what are you testing for?)

Many of you who are reading this probably keep your interest in astrology under wraps for fear of ridicule or misunderstanding. Many scientists will tell you that astrology has been tested and found wanting, but a closer look at the experiments they reference suggest this is far from the case. This page, and this one, make a good start at deconstructing the problems with some of these tests.

Despite the cultural bias against it, astrology is thriving today because people find it consistently helpful in managing and understanding their lives. You’ll find that it is even more helpful if you make the effort to learn some astrology yourself.