A Meeting of Mind and Heart: Gemini Solar Eclipse 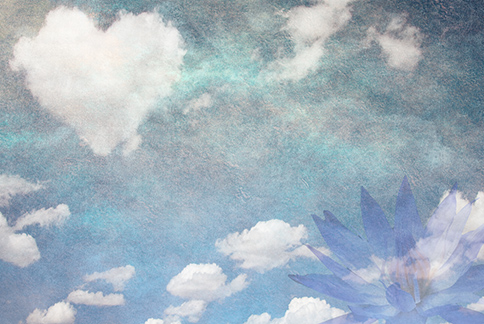 “This is my simple religion. There is no need for temples; no need for complicated philosophy. Our own brain, our own heart is our temple; the philosophy is kindness.”~ The 14th Dalai Lama

The human mind is incredibly complex, and the solar eclipse on June 10th indicates that over the next 6 months or so we’ll be coming face-to-face with the potentials and pitfalls of our minds and discovering to what degree we can control or be controlled by our thoughts and emotions.

That our minds can and do affect our bodies, at least to some extent, is no longer in dispute. Whether or not our mental efforts can affect the physical world directly is a question that magicians and some others have answered in the affirmative, but most either doubt or consider impossible.

If you would like to explore the full extent of your mind’s abilities and discover how far your heart can expand to include others, the eclipse chart suggests that this is an excellent time to begin, recommit to, or expand any kind of mental training or emotional healing work.

Where to find the training or guidance? Beyond the obvious answer of meditation and counseling, if you follow a particular spiritual path, the practices of that tradition would be a good place to start. If you would like to explore some options that incorporate a spiritual outlook but are not specific to any path, check out my book Touch the Earth, Kiss the Sky: Allowing the Rational Mind to Welcome Magic and Spirituality..

Let me give a few paragraphs for the astrologers, then I’ll look at how we can work with these planetary patterns to enrich our lives and help heal our communities.

(Astrologers: The chart is cast for June 10, 6:53 am EDT, Washington, DC, equal houses. Remember that angles and houses apply only to the USA. I’ll look more closely at those in the national section.

The tight conjunction of a retrograde Mercury to the Gemini eclipse promises an intense focus on Geminian traits, including connection, curiosity, and communication. Gemini is also focused on collecting and then disseminating information.

With Mutable signs, we always must look for change, because the Mutable signs are the bridge between the Fixed signs, solidly anchored in their Element, and the Cardinal signs, demanding the resources they need to begin new ventures.

The other important Mutable placements in this chart are Jupiter, unaspected, in its domicile of Pisces, moving slowly as it prepares to station, and Neptune, also in Pisces. Neptune squares Mercury and the eclipse, so we’ll be seeing some challenges between Air and Water, between information and emotion. Additionally, both Venus and Mars (in its fall) are in Cancer, bringing yet more Water into the equation.

Keeping us grounded in our core time-and-space reality is the Saturn-Uranus square, within just a few arc minutes of partile. Do not underestimate the explosive nature of this aspect. We often don’t think of Saturn as explosive, but too much pressure can cause explosions, and Saturn’s all about applying pressure. Uranus, being all about change and surprises, finds explosions (literal or metaphorical) entertaining.Then, speaking of explosives, there’s the Mars-Pluto opposition. Yes, it’s separating, but still in play, and Mars in the anaretic degree of the sign of its fall is cranky and not on its best behavior.)

One key to working with this eclipse is to pay careful attention to your communications, whether written or spoken. People may hear you or read your words, but not understand what you are saying.

Sometimes, further conversation can help clarify the situation. Other times, people will just hear what they want to hear and all you can do is recognize that communication hasn’t actually happened and act accordingly.

This is also a good time to work on understanding and monitoring how you are being affected by the mental and emotional projections of others, because people are going to be throwing their thoughts and feelings out into the world like confetti at a wedding.

Thoughts and emotions exist in the fields of subtle energies that underlie and support our existence.. We all emit and receive these subtle energies. Working to strengthen and modulate your own personal energy field will help protect you from negativity without blocking helpful input, and can help others shift their own fields as well. We entrain on each other.

Our emotional insight and stability will also be tested in the upcoming months. Some will fail these tests, so we are likely to see irrational behavior based on incorrect or deceptive information that triggers highly emotional and delusional reactions. Keep this in mind when you are dealing with people who are acting out, and react with all the truth and compassion you can muster.

It’s likely to be a wild ride these next few months, filled with opportunities for much-needed change, but also with dissolution or outright destruction of things — physical, social, mental, or emotional — we thought were permanent.

Have a vision of what you want your life to look like, and keep that vision front and center in your mind. Also have a plan to make it happen, even though you know that plan will need to be adjusted at some point.

Consider what resources are available to you — that includes family, friends, community and spiritual resources — and be willing to be a resource for others.

Stay flexible. Be aware of the changes that are happening around you, so you aren’t blindsided. Change is unavoidable. How you handle it is up to you.

Speaking of wild rides, our country, in the midst of a Pluto return, is also undergoing dissolution and destruction of things we thought were permanent. That doesn’t mean we can’t “build back better”, but it’s going to be quite the roller coaster ride. (Think the “Yukon Striker” which has a 360-degree flip, four inversions and a 75-metre drop.)

Some of the changes will be necessary, if painful. Some will be simply tragic. Others will bring sighs of relief and even some joyful occasions and spiritual breakthroughs.

Here’s what this eclipse chart suggests we’re likely to see over the next 6 months. Warning: astro-babble ahead, but I will bold the takeaways so you can skip over the blahblahblah.

I am looking at two charts here — the eclipse chart as noted above (remember that an event chart cast for the capital of a country reflects the whole country), and a bi-wheel of the eclipse chart outside the Sibly chart of the USA (July 4, 1776, 5:12 pm LMT, Philadelphia, PA)

The first thing that jumps out at me is a 12th and 7th house emphasis in each chart. The eclipse occurs in the 12th house of the DC chart, and the 7th of Sibly. Rather alarmingly, the eclipse conjuncts Sibly Mars, ruling the natal 5th and 12th houses. Transiting Mars is in the Sibly 8th, DC 1st.

This is a signature of violence, espionage, and criminality, with an emphasis on foreign affairs as well as the ongoing internal conflict along party lines.

Hacking of infrastructure, both corporate and government, is going to get worse. We’re seeing it building in to a larger and larger problem already, but with this sky, it’s likely to escalate in a big way.

The foreign affairs aspect of this chart is concerning. Things are going to be hot internationally, and the USA will be walking a tightrope. But transiting Venus on the USA natal Sun/Jupiter midpoint, and transiting Jupiter ruling the Midheaven and the 9th house of the DC chart, trine our natal Sun (which rules our natal 9th) and transiting Uranus sextile our natal Sun gives me hope for diplomatic, negotiated solutions to aggression from other countries. I am less sanguine about the internal conflicts of our country, but there appears to be some room for negotiation here.

Financial roller coaster rides are likely, especially with Bitcoin, food, and oil, as well as networks of all kind — from roads to the internet to the electrical grid. Note that Saturn rules our 2nd house of finance, which is where our Pluto return is currently in progress. Transiting Saturn in Aquarius is days away from a partile square to Uranus in Taurus.

Financial astrologer Raymond Merriman has noted that when Uranus enters a sign, the commodities associated with that sign (e.g., weapons and metals for Aries, agriculture and money for Taurus) tend to rise sharply in value for the first half of the 7 year transit, then decline quickly. We are seeing this now with Bitcoin — especially appropriate since Taurus rules money and Uranus cutting-edge technology.

With the eclipse in Gemini, communication and the networks associated with it (phone, internet, etc.), travel, transportation and the infrastructure that supports it (roads, bridges, etc.) will be emphasized.

Given the Sun, Moon, and Mercury’s square to Neptune, both transiting and natal, we can figure on some very basic disagreements about truth and reality. Delusions and deceptions will be rampant, but there is also a good chance of deceptions and delusions being exposed for what they are.

I hope your summer is unfolding enjoyably. I’ll be back next week with a look at another important chart — the chart of the Summer Solstice.