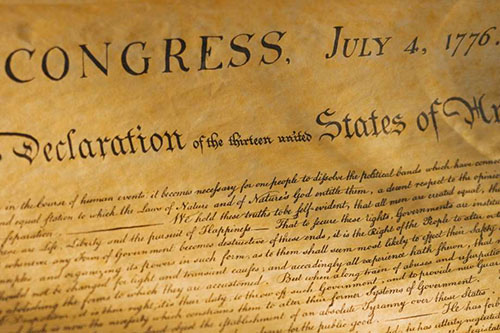 This year’s Gemini New Moon brings us face-to-face with decisions and choices that we must make based on the best information we can gather. And therein lies the problem. There will be no lack of information — if anything there will be too much. We’ll have difficulty determining the accuracy of the information we have, figuring out what is pertinent and what is simply a distraction.

Discernment is the key to handling the planetary patterns of this month. Remember this when you are in the middle of a situation in which you can’t get anything pinned down, when you feel like you are wrestling with The Blob. It’s going to seem as though everything is moving so quickly, and you have to keep up, but it’s going to be important to step back and take the time to evaluate the information that is dictating your next steps before you take them.

Some of the choices we’ll need to make will be hard ones, and some of them will be made harder by the fact that (not to put too fine a point on it) people lie. A lot. To others and themselves. And you can’t make good decisions based on false information.

In fact, studies have shown that we all lie — some of us more than others. Many of these lies are just attempts at social diplomacy, or minor lies to stoke our egos or cover up something we’re ashamed of. Other lies have real, and often severe consequences.

While truth and authenticity are two of my core values, I don’t think a lie is always a bad thing – much depends on specific circumstances. But it’s important to at least be aware of our lies and their consequences, and reduce or eliminate them whenever possible. This means we need to pay close attention to what we say — sometimes, we lie habitually, without awareness.

As an example, years ago I came to the realization that I have a tendency to embroider stories, adding to or adjusting what really happened just for the sake of a better story. Mostly, these lies were minor and harmless — just a little tweak to the facts here and there. Often, I wasn’t really consciously aware that I was lying — I was too focused on telling the story. It was a habit, a habit I wanted to stop, because it was in conflict with one of my core values.

So I focused on becoming a better storyteller, on presenting the facts in an amusing or compelling way, but without any “adjustments”. It took time and attention, but I broke the habit, and improved my storytelling skills in the process.

This is a good month to assess your habits of speech and your commitment to truth. Most people will tell you they think truth is important. If you’re one of them, if finding and speaking truth is one of your core values, then spend some time this month evaluating how your life reflects that value. Don’t tell yourself you never lie — everyone lies sometimes. But be aware of your lies, and their consequences. Do the work to minimize them and reaffirm the importance of truth in way you speak, the actions you take, the choices you make.

Journaling is a great tool for this work. I also highly recommend reading this article on lies and deception in our culture.

And one more thing: While you are considering the content of your speech, you might also want to improve your delivery. You can speak truth to power, but power is more likely to listen if you deliver your words effectively. Whether you are speaking to one person or many, get rid of filler words, and make an emotional connection with the person or people you’re talking to.

The chart of the New Moon sets a pattern of energy that plays out over the month ahead. When the chart is cast for the capital of a country, it indicates how that pattern is likely to affect the country in general — politically, culturally, environmentally, socially. But that pattern affects each one of us individually as well. We are all influenced by what influences our country.

I recently wrote this post about the current astrological influences on the USA, and how we can work magic to create better outcomes for the country. So when you read my take on what’s up nationally this month, think in terms of what you can do, how you can work with these energies to influence outcomes by standing in your truth and communicating clearly.

It was the Quakers who coined the phrase “Speak truth to power”. This article offers this excellent definition:

“To speak truth to power means to demand a moral response to a problem, rather than an expedient, easy, or selfish response. The phrase speak truth to power carries a connotation of bravery, of risking either the status quo, one’s reputation or livelihood, or the wrath of the person one is confronting.”

Your response to larger events matters. In the same way every pebble in a stream affects how the stream flows, you affect the flow of energy in the world around you just by being. But if you respond consciously to events, you are no longer a pebble, but a rock, or even a boulder.

How’s your courage holding up these days? Are you willing to take some risks for the right reasons? Your values form the foundation of your life, for good or ill. Have the times that you’ve lied, or taken the easy way out, left cracks in that foundation? Don’t fret — it happens to us all. The question is, what will you do about it? This is a good time to work on repairing it so you have something solid to stand on when you speak up for what you believe in.

Words have power. Words shift patterns of energy. Your strong and active voice is needed now for not only our country, but our world and the world of our children.

On The National Stage

I’m going to take a few paragraphs to get technical with the astrologers among my readers, then I’ll give you a plain English look at the month ahead for the USA.

Astrologers: Cast the chart for June 3, 6:03 a.m. EDT, Washington, DC. Ascendant is 16° 58’ Gemini. A lunation chart can be interpreted on its own, as well as in a bi-wheel with the country’s chart. I’d suggest putting this chart in the outer wheel of a bi-wheel with the USA Sibly chart.

Note that the Jupiter-Neptune square is within 2 degrees of orb, speeding towards its next exact aspect on June 16th. The New Moon, in a somewhat wide but approaching orb, makes the square a T-square.

Note too, that with 15° Gemini rising, the angles of the New Moon chart form a close mirror image of the Sibly chart, and the New Moon itself falls directly opposite the USA’s ascendant.

Venus, strong in her own sign of Taurus, is square the Midheaven, tightly trine Pluto and Saturn, and trine/sextile the nodal axis.

Traipsing through the astrological Internet, I’ve seen various dire names for the ongoing Saturn-Pluto-South Node conjunction (“the meatgrinder”, “the boneyard”), and, as much as I try to stay away from dire-ness, I can’t deny that this is an extremely challenging aspect.

Note that Mars is already within orb of opposition to this planetary cluster(f*%k) and will reach partile in mid-June. Mars is also out-of-bounds. There is a strong signature of violence in this chart (keep in mind that Sagittarius is a sign that tends towards violence, and Mars in Cancer can be violently protective).

There’s a close sextile from Neptune to Saturn and the South Node, a bit wider for Pluto. This can support us in manifesting spiritual realities, but I believe it will do so by helping undermine shaky foundations.

If you have questions about how I got from the astrology above to the interpretation below, feel free to bring them to my Facebook page. .

It will be a change-filled and contentious month for the country, filled with scandal, and a lot going on behind the scenes and under the surface. But I do think that the wall of secrecy and stonewalling put up by the White House will begin to crumble.

Finance and international trade agreements will be front and center in the news, and international relations will be increasingly adversarial. It’s likely that the USA will be seen as untrustworthy by both allies and enemies, with serious consequences for our financial status.

Congress will be crossing swords with each other and with other government entities. The fights within the Legislative Branch will be epic and unprecedented.

Women’s rights, including abortion rights, will gain support from unexpected places, even from some conservatives. Debt will become of increasing concern, and we are likely to see the first cracks in the illusion of a healthy economy that will become more obvious as the year progresses.

This is the beginning of a summer that will both challenge us at every turn, and offer once-in-a-lifetime opportunities. If you want to know how you can make the best use of these planetary patterns based on your personal natal chart, contact me, and we’ll set up a consultation.