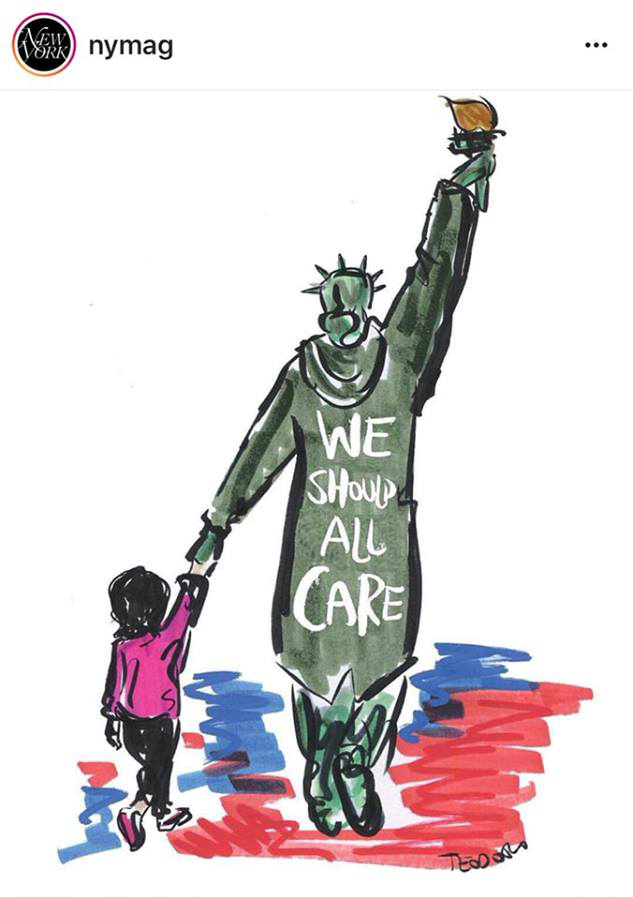 "Never doubt that a small group of thoughtful, committed citizens can change the world; indeed, it’s the only thing that ever has."
~ Margaret Mead

The use of Cardinal ingress charts for prediction is an ancient astrological technique, part of a branch of astrology called “mundane astrology” (mundane here meaning “of the world” not “boring and routine”). It is primarily used for political and cultural insight and prediction, but it can offer personal guidance as well. I’m going to look primarily at the state of the USA in this post, though, because our country — indeed, our world — is at a turning point, and our actions, thoughts, and magic matter more now than they ever have.

I’ll be digging further into the astrological details here than I do in most of my posts, but it should be relatively easy for those of you who don’t speak astrology to skim over it. I’ll highlight some of the main points. Students of astrology may learn something. 🙂

Cardinal ingress charts are the charts of the 2 solstices and 2 equinoxes. They mark the entrance of the Sun into one of the four Cardinal signs (Aries, Cancer, Libra, and Capricorn), and that chart can be used to predict for the place the chart is cast for. If it is cast for a country’s capital, the chart is predictive for that country. (If you want to know more about the astronomy of astrology, read this. If you want to know more about ingresses, read this.)

Now, on to the Cancer Ingress chart, the chart of the Summer Solstice. Cast the chart for June 21, 6:08 a.m., Washington, DC. The ascendant is 4° Cancer 30’. I am using the Equal House system (so keep in mind that the 10th house cusp is different from the Midheaven). With Cancer rising, by traditional techniques this chart is considered valid for the next 3 months.

The first thing to look at is the Sun — representing the head of state, and any ultimate authority. It’s in the 12th house, still conjunct the Ascendant, in tense aspects to Jupiter and Saturn, and supported by a sextile to Uranus (if Uranus can be said to be supportive of anything!).

While the Sun certainly represents the President, this placement also suggests that as a nation we will be questioning what guides us, what we look to as our ultimate authority, both as a country and as individuals. Each one of us has our own guiding light — a set of morals that inform our decisions and actions. This chart emphasizes the power of individuals to create change, and we would do well to keep the above quote by Margaret Mead in mind.

We continue to deal with the increasing authoritarianism of our government and serious problems with other countries, both friends and enemies. This extends to financial issues. Note Sun’s rulership of the 2nd house of finances, and Saturn’s rulership of the 8th house of loans, debt, taxes, and financial entanglements with foreign countries.

In addition, Venus and Mars are in opposition across these two houses, squared by both Jupiter and Uranus. This implies financial upheavals that will affect the stock market (Jupiter in the 5th) sudden, surprising changes, and a likelihood of “irrational exuberance”. (Note the aspects from Neptune to Jupiter and Uranus)These upheavals will be tied to debt, taxes, and resources shared with other nations. Given Jupiter’s trine to Neptune, the oceans could well be the resources at issue.

It also suggests intensifying battles between the two political parties, as Mars rules the 10th of the party in power, and Venus rules the 4th of the opposition party. With Jupiter at the focal point, ruling the 9th and 6th, immigration, legal battles in general, judgeships, and civil service, including the military, are emphasized.
Mars is conjunct the South Node, and the USA’s natal South Node, so Venus, of course, is conjunct the North Node. This means the issues raised by the opposition will be highly public and also implies that some of the fights will center on gender and sexual issues.

We have a Grand Trine in Water, and this can support deep questioning of what guides us. The trine between Jupiter and Neptune will be in force through the summer, bringing a religious and spiritual focus. Mercury, the third leg of the trine, is in Cancer in the first house. Cancer is an important sign in the USA chart — it holds not only our Sun, but Venus, Jupiter, and Mercury as well. It is also the sign of the homeland, of mother and apple pie, and in its shadow manifestation, of jingoism and xenophobia.

Trines signify an easy flow of energy. They are considered generally benefic, but, especially in a Grand Trine formation, they can signify being stuck in a rut of isolating behavior. So while some people will be giving thoughtful consideration to issues of caring for others, what their deepest spiritual beliefs and values are, and how to create a more compassionate and just society, others are likely to be digging deeper into their exclusionary and punitive belief systems, clinging to whatever will soothe their subconscious fears.

Note also the Moon (the people of the country), ruling the Ascendant and in the 4th of the homeland, is in a T-square with Saturn, Pluto, and Mercury. The public discourse is likely to continue to roll in the gutter much of the time, and xenophobia, isolationism, appropriate borders and immigration will be very much a part of the conversation.

This is a strong trauma signature, and, with 5th house rulers Mars and Pluto prominent, and Jupiter in the 5th, we can be pretty certain that the conversation about migrant children will continue. Other child-related issues, particularly education, will be a focus of problems and disagreements. The likelihood of some kind of fairly major trauma that is internal to the country is high.

The presence of Saturn and Pluto in the seventh house, and their respective oppositions to Sun and Mercury, imply a considerable amount of conflict, both internal and external, verbal and physical. Saturn, the strongest planet in this chart, ruling and in the 7th of both partners and open enemies, augurs that our relationships with other countries will be increasingly fraught. The squares from Moon in the fourth, intensify all of this and suggest the internal conflict along with a need for diplomacy that may shade into fence-sitting and thence to lies.

But there are many hopeful aspects here that offer “thoughtful, committed citizens”, who are willing to dig deeply and work hard to improve their country and achieve moral and ethical goals, the energy to achieve them. For instance, there is hope in Mercury’s trine to Jupiter, which indicates that, for the most part, the media will be digging a little deeper, and the conversation elevated to moral and philosophical goals. The Grand Trine offers tremendous opportunities for spiritual exploration and growth both on an individual and a collective level, but it’s up to us to take those opportunities and run with them.

Our country is headed into a time of trials, when we will be challenged to redefine our foundational standards and values, and rebuild a functional democracy. This is not the sole job of our elected representatives. Building a new world requires effort, diligence, and cooperation from the citizenry. Committed citizens are the price of democracy. Give what’s going on around you some thought, figure out what you can do to help, then make that commitment to help change the world.

Now, I mentioned magic earlier in the post, and I know many of my readers are magical practitioners. I also know a lot of you are feeling really burned out with the state of the world. My friend Byron Ballard, Asheville’s Village Witch, has long referred to this era as "Tower Time" after the Tower card of the Tarot, and we finally have a book from her that serves as both map and manual for these times. It’s called Earth Works: Ceremonies in Tower Time, and if you are wondering both what you can do and how you can stay sane and grounded amongst all this upheaval, this is the book for you. I wrote the foreword to it, and I can highly recommend it, whether you are a long-time magical practitioner, or just getting started. You can purchase it here, along with her other excellent books.

As always, if you want to know how the current planetary placements are affecting you personally, contact me for a consultation. Alternatively, you might want to check out my booklet "How To Read Your Own Astrology Chart" which comes with a computerized report on your natal chart, so you can dig right in. Find it here.