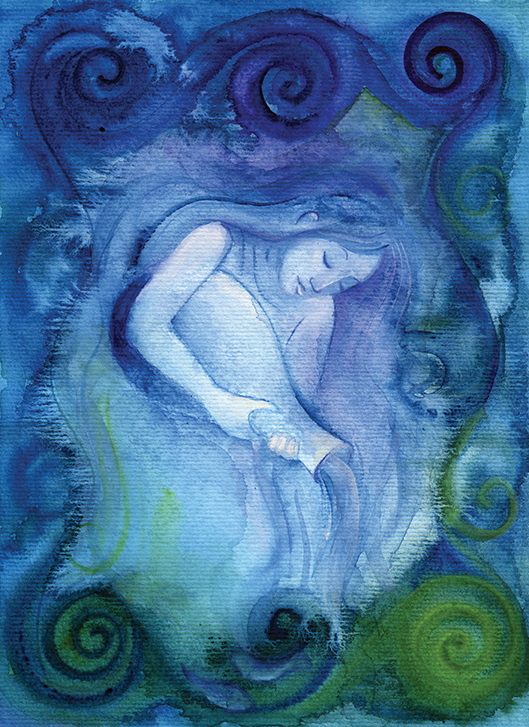 I’ve been fielding some questions about what the upcoming Jupiter-Saturn conjunction in the sign of Aquarius “means”. It’s getting a lot of buzz because it is not only a major event astrologically, but also astronomically, as the two planets will be close together by not only celestial longitude (the measurement used by the Zodiac) but also by declination (similar to latitude, giving a planet’s position north or south of the celestial equator), which means they will appear very close together in the sky and shine brightly.

On top of that, the conjunction happens just hours after the Winter Solstice, which astrologers also refer to as the Capricorn Ingress — the moment when the Sun moves into the sign of Capricorn. The solstices always indicate a strong shift in the energy of the collective. They also encourage and occasionally force a reset of our personal energy. (You can read more about the astronomy of the Winter Solstice here and the astronomy of astrology here)

And on top of *that* this particular conjunction marks an every 200-year shift of the Element in which the conjunction occurs — this year, the switch is from Earth to Air. (Each of the 12 signs of the Zodiac is associated with one of the 4 classical Elements – Earth, Air, Fire, and Water. So each Element rules three signs. ) This changing of element is called, in true Victorian style, a “Great Mutation” (and if you’re thinking that astrological lingo could use a bit of an upgrade, I’d have to agree with you).

First I’m going to explore how we can use the energies of this planetary alignment to move our own lives forward and shift what we want to change. Then, you political animals and culture vultures can scan the horizon with me as I look at how this light show heralds a profound resetting of the zeitgeist.

I believe that the symbolism of astrology is powerful and speaks to us on collective and transpersonal levels. So I’ll give everyone some astrological ideas and symbolism to consider, but I’ll limit the astrologese to short digressions for my fellow astrologers and students. I’ll keep those digressions separate, so if you don’t speak the language, you can easily skip ahead.

(Astrologers: The charts I’m looking at are the charts of the conjunction itself and the Capricorn Ingress cast for Washington, DC. These two charts are only hours apart, and together ring in dramatic change. The Capricorn Ingress reverberates through the year ahead, the chart of the conjunction speaks to patterns that reflect the shaping of our world for 20 and 200 years. The WDC location puts the focus on the USA when we consider angles and house placements, but the planetary aspects are global)

“The end of law is not to abolish or restrain, but to preserve and enlarge freedom. For in all the states of created beings capable of law, where there is no law, there is no freedom” ~ John Locke

Jupiter and Saturn rule law and legal matters, religion and business, expansion and contraction, and their conjunction in the sign of Aquarius — a sign of social progress and freedom — heralds tremendous change.

When the two planets come together they help us learn how to dream big and then make those dreams come true.

But we may currently be feeling discouraged, disillusioned, and in need of a rest, not more pressure to change. Even keeping sight of our dreams, much less manifesting them, has been particularly challenging this year as both planets moved through Capricorn alongside Pluto, the king of applying pressure. Many of us found ourselves working hard just to stay in place, with little time to dream.

In 2020 many if not most of us had to reimagine our careers and reconsider how we interact with the society we live in. Many felt economic hardship. Some worked harder than they ever had before. We’ve confronted death. We’ve argued and disagreed emphatically, even violently. We’ve thought some deep thoughts, and felt some difficult emotions. Capricorn had some hard changes in store for us this year.

But now it’s time to change the story.

As Jupiter and Saturn move together into Aquarius, a bigger picture comes into focus, and the energy of the zeitgeist shifts towards cooperation and tolerance. Because that’s what Aquarius does — it figures out how to build social structures that allow the fullest expression of individual freedom — for everyone.

It’s a tough job, and it will not be just something you watch on the news. This shift towards cooperation and tolerance will get personal, requiring us to use the vision, wisdom, and strength we’ve built over the past year to move into a future we want, not one we fear. 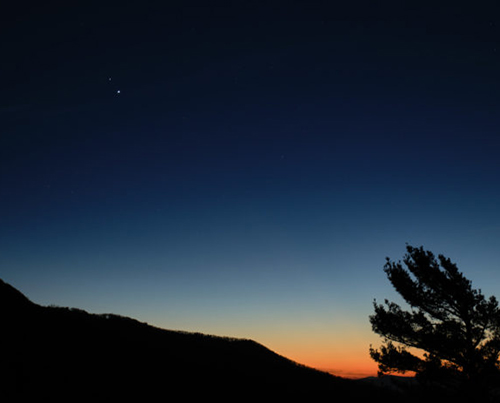 (Astrologers: Aquarius is one of those dual-ruled signs that engender so much disagreement in the astrological community. I use both traditional and modern rulers. In this case, it’s important not to forget that Aquarius is also a Saturn-ruled sign, and so is concerned with social structures and enforcing social mores.

The key is to change the structures and mores to be more accepting and encompassing, not to eliminate them all together.
Keep in mind that Aquarius is an Air sign, but it is Fixed Air. Uranus is concerned with change, and change means changing *into* something. There is still structure. But here, the structure responds to the need for change. It forms around the changes to support them instead of restricting change, as Capricorn does.)

The difficult thoughts and emotions of 2020 must be processed before they can be left behind. We can try to ignore or repress them, or we might escape into fantasy. Alternatively, we can do the work of uncovering and confronting the causes of those thoughts and emotions, and let that work help us mature into wiser and more compassionate versions of ourselves as we rediscover our dreams and plan for our future.

Saturn can help us find the strength we need to grow. Jupiter will inspire and help us re-discover joy.

To work with these remarkable planetary patterns, to let them help shift and change your life into one that delights you instead of dragging you down, you’ll want to have and hold a vision of the world you want to live in, on both a personal and social level.

Without a vision, we may be working hard, but we’re just slogging along. With a vision – one that inspires us – our work is touched with magic and brings real accomplishment.

It’s also crucial to think about the rules we live by – not just external laws, but our own internal beliefs and directives. Are your rules/beliefs/inner directives in line with your core values? Do some contradict each other? How much are your rules influenced by social pressures and childhood conditioning? What is it that *you* really want and believe in?

Change the internal rules that aren’t working for you. They’re yours — you can do that. And question the rules that other people demand you live by. There are always some you have to comply with, but you can comply without agreeing. Then identify the ones that you no longer wish to abide by. Make your choices consciously.

The most potent magical tools we have are our minds and our emotions. Learning to explore them with some objectivity and without fear are gifts Jupiter brings during its time in Aquarius. Learning to harness and direct them are skills that Saturn can help us master if we pay attention and are willing to do the work.

Connection with our communities is another path that is being cleared for us now. Don’t try to go it alone. One of the major themes of this conjunction is the importance of working together, of creating and nurturing groups that offer mutual support. Which brings me to what is likely to be triggered on a larger, national stage.

(Astrologers: Keep in mind that Saturn will be squaring Uranus, traveling through Taurus, all next year and into the first couple of months of 2022. This is a tense, chaotic, and sometimes even violent aspect that, at its best, can manifest as thinking of new approaches to problems and showing strength and perseverance in the face of needed change.
Whether the chart you are considering is a personal natal chart or a mundane chart, keep a close eye on the house in which the conjunction happens and its ruler, the house where Uranus is transiting, and aspects to planets in fixed signs.)

I don’t often quote from the Bible, but this quote is a perfect representation of the Aquarian approach to social change. Justice for all, and enough righteousness to set your teeth on edge. But this leaves Aquarius with the big questions of “Who decides what is just? Who decides what is morally right?”

These questions will be front and center in our collective mind as we move into a post-pandemic, post-Trump world. Neither the pandemic nor authoritarianism are going to disappear anytime soon, but they will be fought with increasing skill and effectiveness.

We will be confronted with questions about the legal structures by which we live. Jupiter is about the legal system in all of its intellectual glory — creating and codifying the laws by which a government operates. Saturn is more concerned with the enforcement side of the law, and has no problem abolishing or restraining — both of which are sometimes necessary to maintain a free society.

We should begin to see a more active citizenry, and an understanding that our democracy cannot be taken for granted. But the big questions will remain: How do we decide what is right? Is it even possible to have freedom without restrictions? How do we enforce justice?

We will be seeing a shift in our attitude towards community. Some groups will barricade themselves behind walls of othering and intolerance, but many will realize or remember that humans work best when we work together. Our great brains and our ability to cooperate are our evolutionary superpowers. We need to evolve emotionally and psychologically to do what we are capable of – create a world where we all have an opportunity to reach our full potential.

Jupiter represents rewards, our philosophies and beliefs, and our ability to envision and expand into the future. Saturn also brings rewards, but of the hard-earned variety. Saturn asks us for focus, discipline, commitment, and effort.

This Great Mutation in Air offers us some objectivity and perspective, and tremendous opportunities for change. There will be crises and challenges, but if we follow the bright star of our ideas and ideals we can create a society that exemplifies both peace and justice.

Blessings of the Winter Solstice to you!