Seeing in the Dark: Jupiter in Scorpio 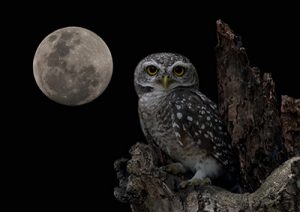 Your vision will become clear only when you look into your heart … Who looks outside, dreams. Who looks inside, awakens.
~ Carl G. Jung

When one of the slower planets — Jupiter through Pluto — moves into a new sign, it signals a long-term change in the zeitgeist and opportunities to create change in our personal lives as well. The planet’s motion into a new sign activates everyone’s chart in one way or another.

The birth chart is the itinerary a soul created for one lifetime, and it has all the depth and meaning you might expect from such a document. Learning how to interpret it takes time and focus — general interpretations only begin to scratch the surface. Each chart, like each person, is unique. Nonetheless, general interpretations can give useful guidance if we approach them with an open-minded curiosity and a healthy dose of self-reflection. They can also give deep insight into social trends.

Jupiter just moved into Scorpio, and Saturn will move into Capricorn at Winter Solstice (this is a big deal for several reasons which I’ll elaborate on in another post). Then, in May of 2018, Uranus will move into Taurus (more on that, too, in the upcoming months). So we can expect some major changes in the general global mood and in the types of challenges and changes we’ll be dealing with over the course of the next year.

But for this post, I just want to give you a heads up about Jupiter, the big, boisterous, generous planet moving into the deep, powerful, and secretive realm of the sign Scorpio, where it will be until November of 2018.

We now have two outer planets in Water signs (Neptune is in Pisces), and we may see a dampening of the angry energy that has been burning so brightly of late, along with a renewal of understanding and compassion. But Scorpio’s rage can go deep, and it will behoove us to spend some time exploring how we express our anger. (Here’s a great article about that.)

Anger, like fire, is useful and cleansing, and can fuel rapid progress and change. But by itself, it accomplishes little. It must be accompanied by psychological and spiritual understanding, thoughtful consideration, and practical actions. Jupiter in Scorpio will be working on the understanding and thoughtful consideration part. Pluto in Capricorn, followed by Saturn in December, will be taking care of the practical (and often extreme) actions.

Over the next year we can expect, on a broad social level, that there will be an expansion of our perception and understanding of a number of subjects that are dear to Scorpio’s heart — death, the human psyche, deeper/altered/non-physical states of consciousness, sexuality, and the nature and use of power.

Scorpio is the sign of criminal behavior, and Jupiter sheds light wherever it goes. So expect more exposure of criminality of all kinds, particularly sexual, political, and homicidal — especially mass murder. (The exposure of long-time sexual predator Harvey Weinstein and the mystery and confusion around the timeline of the Las Vegas mass murder is just the tip of the iceberg.) There is also likely to be at least one major breakthrough in understanding the neurobiology of criminality.

In our personal lives, depending on which area of our chart is activated, we can expect to come face to face with our Shadow — that part of us we hide from ourselves, often because we feel it is “bad” or “wrong”. Sometimes it is, sometimes it’s our perception of it that’s wrong. Either way, it’s a part which we must bring to consciousness and integrate if we are to become whole.

There is a strong likelihood that our consciousness survives death in some form, and the evidence for reincarnation is broad, deep, and difficult to explain in any other way. If we consider the deeper meaning of consciousness surviving death, if we accept that we will continue to exist and be aware of the consequences of our actions, then we will change, our lives will change, and change will radiate outward into the world.

Hopefully, our increased curiosity about death will trigger more conscious work with the Ancestors, work that is much needed, because we cannot have a healthy society if we do not have a healthy relationship with our ancestors and the dead. We have cut them off, denied their reality, and that denial has repercussions in our physical reality. (If you are local to Asheville, NC, and would like to do some Ancestral work and celebrate Samhain with me, there’s information about a class I’m offering on November 4th at the end of this post.)

Organized religion will be wrestling with its Shadow this year as well, and the tremendous sexual repression involved in so many of them (not just the monotheisms) will no doubt be brought to light and questioned, as will their underlying assumptions about the nature of reality.

We’ll also see Jupiter’s influence spill over into another area of metaphysics, the realm of magic and occultism. We can expect to see a resurgence of interest in those topics, and a wider understanding of the philosophy and techniques that underlie them. This focus on magic reflects yet another main theme of Jupiter in Scorpio, which is power — what is it, who has it, and how does one get more of it? All good questions to ask.

The kind of deep psychological and emotional work that is needed during this time of tremendous cultural upheaval and change requires considerable courage. Call up your courage this year — the courage to be honest with yourself about your own Shadow, your deepest desires, your buried emotion, your eventual death. The courage to make the changes in your life you know are needed, to step out of your rut, and give others a helping hand.

Keep in mind that being honest with yourself requires not only courage, but compassion as well. Shame and self-abnegation are destructive emotions. If you can acknowledge your faults and mistakes without beating yourself up over them, you have a much better chance of manifesting real change. Look deeply into your own heart and see that you are someone who strives to be a better person, to create a better world. Then take your courage and compassion out into a world that desperately needs both. 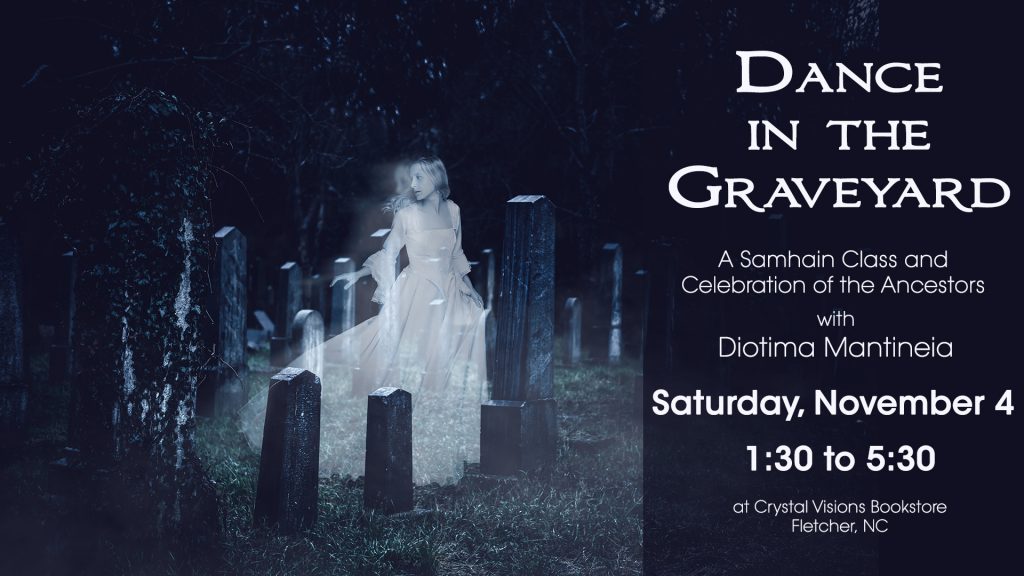 Do you know where your ancestors are tonight?

At this time of year — approaching Samhain — our ancestors and beloved dead tend to be close, standing at the veil between the worlds, attentive to the lives of their descendants and loved ones. If you’ve not yet tapped into the current reality of your ancestral line for guidance, connection, and expanded awareness, then Samhain is a fine time to start.

The tide of Samhain begins on October 31st and peaks several days later when the Sun reaches the powerful equinox/solstice midpoint at 15 degrees of Scorpio, one of the four yearly “gates of the avatar”.

We’ll meet at the Full Moon, on Saturday, November 4th, to talk about death, dying, the afterlife, and reincarnation. We’ll connect with and honor our ancestors and beloved dead (dance with them, too!) in meditation and ritual, and ask for their assistance in divining our best path into the future. (Yes, I’ll discuss problematic ancestors. You needn’t honor those who didn’t honor you).
Here’s the takeaway.

The program is limited to 12 people. The fee for the day (class and ritual) is $60. Pre-registration and pre-payment is required. To register, go to www.uraniaswell.com/contact.

2 Responses to Seeing in the Dark: Jupiter in Scorpio