Scandals Ahead! New Moon in Aries 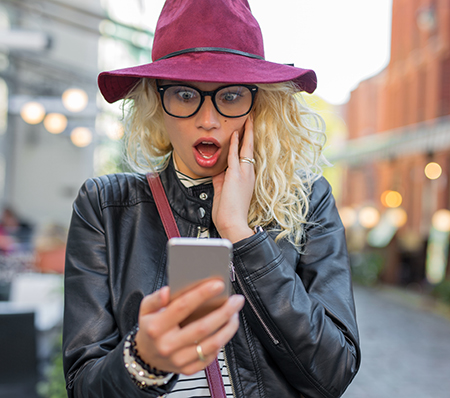 Here’s a quick overview of what this New Moon chart suggests for the USA as a whole, as well as a look at how we can use the available energy in our personal lives this month.

Give me a couple of paragraphs to clue in the astrologers, then I’ll get to the interpretation.

(Astrologers: Chart is cast for April 11, 10:30 pm, Washington, DC, equal house system. This chart applies to the whole USA, but planetary patterns (not houses or angles) can be applied globally. Here’s what I’m looking at:

The New Moon is in Aries conjunct Venus, square Pluto, tightly sextile both Mars and Jupiter. Scorpio is rising. There’s an Aries stellium in 5th with ruler Mars (also co-ruling the AS) in Gemini, in the 7th.

Pluto, Saturn, Jupiter are all in the 3rd. Saturn is square Uranus, as it is all year.

Scandals are particularly emphasized by Venus in detriment ruling the 12th and 7th, square Pluto, co-ruler of the AS, and Mars square Neptune.

Also, Mars trine Jupiter, both in Air signs, with Jupiter in the 3rd of communication and Mercury and Mars in mutual reception means getting the news out and spreading gossip will be easy, and likely antagonistic.)

As you have no doubt already guessed from the title, the month will feature more than a few scandals, particularly in the areas of children (their education, immigration, trafficking), sports, and gambling (and the stock market is a type of gambling) as well as the activities of the socially-prominent — celebrities and the so-called elite — notably in the sports and entertainment industries.

Courage (who has it, who doesn’t, what it means) and the fighting spirit will be featured, and we’ll see that manifest in some people (and organizations) as they fight to protect their egos and personal interests at all costs. Others will be taking a courageous stand to help others, and risk putting themselves on the line to further social goals. There will be lots of “fighting words”.

(Note that it’s helpful to be able to discern when someone is defending their ego and personal interests behind a facade of “I’m helping others and doing this for the betterment of society” as opposed to actually doing the necessary work to help others.)

Infrastructure will be a topic of national concern, and not only because of the infrastructure bill the Biden administration has put on the table. Though that is undoubtedly going to set off some firecrackers in Washington, which could, in turn, set off quite a destructive brush fire. More heat than light is probable. (Keep in mind Mitch McConnell’s “scorched earth” threat.)

But there’s also a real possibility of an actual failure of some piece of infrastructure, particularly related to travel or communications.

More than one brouhaha is likely in the arena of civil service, including military and law enforcement. Undoubtedly, this will include the trial of former police officer Derek Chauvin, and the behavior of Matt Gaetz, but civil servants and how they do their jobs will be spotlighted in other areas as well.

There’s some heavy Scorpio energy in this chart, but all the Air and Fire placements suggest it will be hard to keep those secrets hidden. Mars is strong in this chart.

For all of us, on a personal level, here are some thoughts about the blessings/challenges we can work with this month, as well as some of the pitfalls to avoid. (While the observations below are applicable to everyone, to one degree or another, if you want the details about what’s ahead for you, contact me and we’ll set up a consultation.)

Aries is all about moving ahead, clearing a path, finding the way forward. You may get some clarity in areas of your life that have felt stagnant and/or vague and unsettled.

One of Aries’ main faults is impatience, so take the time to weigh your options, but then use the energy of this month to do what needs to be done and make progress.

Expect plenty of actionable information to come your way — carefully choosing which of that information to act on and which to ignore is crucial to managing your time and energy this month. (Mars and Mercury in mutual reception)

Relationships might be a bit fraught this month (Venus is challenged by dour Pluto in Capricorn and by her placement in Aries, but does get some support from Mars and Jupiter), but there are opportunities to work through stuck spots and set needed boundaries. Emotional courage is what is needed.

Look for actions you can take to actively create more beauty in the world this month. Possibilities abound, if you choose to act on them.

Scandals are not going to be confined to celebrities — you’ll likely see at least one or two in your personal world. Keep in mind that the best way to not get embroiled in scandal is to act in ways that are in line with your core values.

Hopefully, your core values include not spreading malicious gossip. Sometimes, we need to talk through relationship issues with someone outside the relationship, and that’s perfectly valid, and not the same as gossip. But if you value the relationship, have the courage to take the insights you discover in those conversations back to the person/people involved.
Honesty is important in relationships. And if you discover you don’t feel safe being honest with someone, then consider what actions you need to take to protect yourself and your own integrity.

Anger management is another key to making the most of this month. Can you explore your anger before you express it and see if it can lead you to understanding and compassion?

Anger is a useful red flag. It helps us figure out what’s wrong, what needs to change. It alerts us to the need for action. But an action taken in anger (as opposed to taken in the clarity brought by working through anger) is rarely of any real help.

The Full Moon in Scorpio later this month brings Venus into a much more influential position, and I may write a bit about it in a couple of weeks. And not long after that, we’ll be moving into the glorious spring/summer cross-quarter point here in the northern hemisphere (and the deeper mysteries of fall/winter in the southern).

Blessings of the season to you.