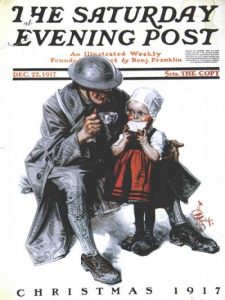 “Owning our story can be hard but not nearly as difficult as spending our lives running from it. Embracing our vulnerabilities is risky but not nearly as dangerous as giving up on love and belonging and joy—the experiences that make us the most vulnerable. Only when we are brave enough to explore the darkness will we discover the infinite power of our light .” ~ Brene Brown

I was speaking with a client the other day who wanted to reach out, break free, ask for what she needed and take action to get what she wanted. She had dealt with a lot of shame and trauma as a child, and throughout her life had repressed many of her needs and desires in the interest of safety and security. But she was ready to change! She was going to go for it! She wanted to talk about how best to do this. Or so she told me prior to our consultation.

Looking at her chart, I agreed. There were major, life-enhancing, soul-fulfilling changes she had the opportunity to make, and the planets were in her favor. We would discuss the actions and the timing that would move her toward her goal. I made some notes and prepared for our discussion.

There was only one problem — once we were in the consultation, every time I broached the topic, she would immediately change the subject. There wasn’t even a segue — just a total pivot in the conversation. It wasn’t a conscious decision. Clearly, some part of her wasn’t ready to leave her security blanket behind and move ahead. After the third evasion, I brought these conversational maneuvers to her attention, and we were finally able to discuss possibilities, strategies, and timing — but first we talked a bit about recognizing self-sabotage.

It was clear that she was still being driven to some degree by subconscious motivations, that her inner, vulnerable child was still influencing her, in ways she was barely aware of, to prioritize the safety and security she had craved as a child, even at the expense of her creativity and emotional fulfillment. Her vulnerable inner child was afraid, and once she saw that, she could hold those fears up to the light and either choose to face them, to take a conscious risk, or simply discard them as no longer relevant.

We all do this. We all have emotional trip wires of shame and fear that keep us from achieving our dreams and goals. We have Shadow bags we drag around, frightened inner children who clamor for reassurance, subconscious motivators that are often in conflict with our conscious intentions, values, and goals.

This partial solar eclipse in Cancer on July 12 is going to facilitate bringing unconscious, buried emotions and old traumas to the surface. Some of us will heal them, some of us will project them, some of us will be crushed by them. Some will be more affected than others, but few will escape unscathed. There will be emotional volcanos erupting, and the ash will spread far and wide. The good news is that this chart also offers ways to minimize and mitigate the destruction, to heal the underlying traumas, to use the ash as fertilizer for fresh new growth.

Two Grand Trines in the chart can help us with the healing. They are in Earth and Water, so put your magical/meditation focus on cleansing and grounding. Bring the magic down to earth by working with Water — magical baths, teas, spending time by ocean, river, lake, or stream — and connecting as closely as possible with the Earth by spending time in a natural space — even a park will do — where there are plants and the Earth is not covered in concrete or asphalt. A trip to the ocean or lake would offer you both opportunities.

Grand Trines can help us if we work with them consciously, but in general, they simply indicate an easy flow of energy, almost a rutted track, which can be problematic as well. Some of the things to look out for in yourself an others are:

Do you believe in any kind of energetic healing? If so, keep in mind that you can do actual energetic harm to others with your anger, impatience, and/or all the dredged-up sorrows, guilt, shame and despair you’ve been repressing for decades. Find a therapist, or a friend or family member who’s willing to help you by listening while you vent. Talk to your gods or helping spirits and ask for their assistance in clearing these emotions. Don’t inflict them on random strangers or co-workers.

Conversely, set clear boundaries with others to protect yourself. There’s going to be a lot of shit-flinging going on. Learn to discriminate between those who are in genuinely in distress, and those who are simply bored and looking for attention. Don’t get caught up in and drained by dramas when they aren’t yours, and you can’t be of any help.

Cleansing and grounding should be key components of your self-care over the next few months. Use salt baths, censing, getting plenty of time outdoors, eating good, minimally-processed food, and whatever rituals and visualizations are part of your magical/spiritual tradition.

There are many opportunities in this chart to bring up and clear old problems and issues in our lives, helping us step into our personal power. But lots of people are not going to even realize they have choices, much less opportunities. You’ll probably be dealing with those people, and if you can’t help, you’ll need to avoid as much of the drama as you can for your own health and sanity. Let your vulnerable child-self out to play, but keep your warrior-self on guard to protect you while you’re in the process of healing old wounds.

Here’s a TED talk from Brene Brown on the power of vulnerability. Give it a watch — you might find it useful. And if you want to know how all these planetary interactions will affect you personally, contact me and we’ll set up a consultation.

Now let’s take a look at what’s on the menu for the nation. I’m going to get into the astrology a bit here, so you’ll have to skip over those parts if you don’t speak the language. (If you want to learn to speak the language enough to get along, check out my booklet “How To Read Your Own Astrology Chart”)

Cast the chart for July 12, 10:48 pm in Washington, DC., 6° 50’ of Pisces rising. I’m using the Equal House system. Keep in mind the Ascendant and house cusps are for the USA only.

The New Moon itself is in the 5th — we can assume the issues around the immigrant children will continue to be of considerable concern (the two other planets involved in the Grand Trine with the New Moon co-rule immigration, racism, foreigners, and Pluto rules the ninth in this chart. Moon rules the 5th). Along with children, this house also rules education, sports, entertainment, royalty and the so-called “elites”.

First we have to look at the New Moon’s very close opposition to Pluto. This is an exceptionally powerful aspect, and when you bring in Mars, Rx, conjunct the South Node, square both Uranus and Jupiter, it’s not a stretch to expect some outbreak of mass violence. Frankly, I’d suggest paying close attention to your intuition if you are planning on attending a large event. If you get a hit that you shouldn’t go, then don’t. (I always hesitate to put warnings like this in the forecast, because many people have a tendency to go right to fear and stay there. Please don’t do that. You can’t hear what your intuition is trying to tell you if you are in the grip of fear.)

The New Moon is tied into the Water Grand Trine with Neptune and Jupiter, and Neptune is rising. Jupiter — ruling the Midheaven, co-ruling the Ascendant — is in the 9th house of the judiciary and organized religion, ruled by Pluto in the 11th of the Legislative Branch. Pluto is not well-aspected — expect epic political power struggles, especially when you consider that Saturn in the eclipse chart is directly opposed the Venus/Jupiter midpoint of the USA chart, which rule the USA’s MC and AS respectively.

As I noted in my New Year’s post Neptune is powerful this year, and spends most of the year in a trine to Jupiter. In this eclipse chart, it rises and rules the AS, and is in a tight inconjunct to Mercury and semisquare to Uranus. Oh, the scandals! The lies! The deceptions, duplicity, and delusions of grandeur! There will also be heartfelt, sincere efforts to live spiritual truths, and the ongoing efforts of the theocrats to shove their religion down your throat will be emphasized.

Venus is involved in the Earth Grand Trine, but otherwise she is not a particularly happy camper. She’s in tense aspect to the New Moon and Pluto, in the sign of her fall, and weakened by the 6th house placement as well. But she does disposit and trine Uranus, so perhaps the two of them together can utilize the solid conservatism of Saturn in Capricorn, the other leg of the trine, to block or disrupt the radical Right, which is not conservative at all. Venus’ skills at diplomacy are much needed. I wish she was stronger in this chart.

We live in perilous times for the entire human race. Your attention, magic and action are needed. But you’ll need to explore the darkness first if you want to source the power that will light the way.

Blessings of the Summer to you,