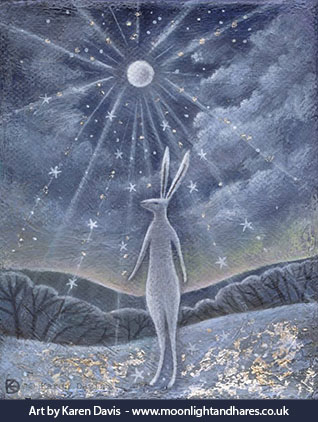 Have you heard? Apparently, it’s a Super-Duper Blue Blood Moon Leo Lunar Eclipse and we’re all gonna die! Again! While having great sex!

Though it is a lunar eclipse (we get at least two every year), and you know I’m a big proponent of paying attention to what’s going on in the sky, the hype’s getting out of hand. Let me sort through it for you, then we’ll look at what’s really important, because eclipse charts do indicate upcoming major changes, both individually and culturally. So it’s important to know which way the winds are blowing.

First we’ll dispense with that term “Blood Moon” . Yes, it has a dramatic ring to it, but it has no astronomical or astrological significance. It came into the lexicon via the biblical prophecies of a Christian preacher. Most total lunar eclipses give a red coloring to the moon due to dispersed light. We all have enough drama in our lives these days without using a lot of inflammatory terminology, so let’s just call it what it is: a total lunar eclipse.

As for a blue moon, that is simply an accident of the calendar, and again, has no astrological significance. It simply indicates two full moons in the same calendar month.

A Supermoon is a real thing, though the term itself has only recently come into use. It is used for New or Full Moons that happen at lunar perigee — Moon’s closest approach to Earth. Supermoons do appear to have some correlation with geophysical disturbances, as do eclipses. This would include earthquakes, volcanic eruptions, and strong storms. So I think we are in for some fairly major events along those lines over the next few months. Hopefully, they will occur where they’ll do the least harm.

This Full Moon is also a total lunar eclipse, which will be at least partially-visible through much of the world. Here’s a map of its visibility. Eclipses are powerful predictors of change. The chart of the eclipse will resonate for at least 6 months, but look for what happens a few days on either side of the eclipse — you’ll get some big clues as to what this chart portends, both individually and in larger communities.

As you may recall from the post I wrote about 2018, the planet Neptune is prominently featured this year, and is emphasized once again in this eclipse chart. Clear communication can be remarkably difficult when Neptune is strong and active, and the only way to handle Neptune well is to “keep pure your highest ideal” and remember that we are all connected. Outright lies, delusion, subterfuge, and confusion are par for Neptune’s course, and it has a strong boundary-dissolving effect. Neptune’s presence can also point to spiritual awakenings, profound healings, and remarkable artistic creations. Its current aspects suggest a time of needed adjustment between individual expression, the nurturing instinct, spiritual expansion, and spiritual imperatives.

(Astrology students: Cast the chart for January 31, 8:27 am, Washington, DC, ASC 6 degrees 5 minutes of Pisces. Note Neptune rising, as it also is in three of the four cardinal ingress charts this year. (Remember, that’s only for the USA) It is — and will be for some time — strong in its own sign of Pisces. In this chart, it is tightly inconjunct Moon and Ceres.)

Let’s keep ol’ Neptune in mind as we look at the axis of the signs the eclipse falls in — Leo and Aquarius. Leo also is an artistic and creative sign, the sign that celebrates the full expression of the individual. Aquarius insists that for individuals to have the freedom they need to fully express themselves, we must create a society that tends to the needs of the group while celebrating each unique member of that group. So consider, as we move into spring and summer, how that might be possible in the communities you are part of.

If you believe in some kind of aware Creator — a single god, multiple gods and goddesses, and/or just pure Consciousness — look around at this universe and consider what its Creator must value, based on the reality of the Creation. One of the answers you must come up with is “variety”. Every leaf, every star, every snowflake, every fingerprint is different. We are biologically separate, unique, individual. We cannot be otherwise. Might individuation also be a spiritual imperative?

Like many of you — mystics, meditators, and those who live in deep awareness of Nature — I have an underlying awareness of a Source that unites us. But my spiritual goal is not to re-unite with Source in a way that dissolves my individual awareness. Rather, I aspire to expand my awareness of my Self and my reality, to envision even greater realities, and to celebrate the infinite creative expressions of Source. It’s the art of life.

Pay attention to the differences between people these next few months, as you hold an awareness of an underlying unity. Watch how society supports or disempowers personal expression. Think about where you draw your own hard lines, where you seek to control others, where you are controlled. Can you move your lines a bit? Rearrange them? Can you let others be who they are, while you find and express who you are underneath society’s expectations and childhood indoctrinations and become the person you want to be?

How this eclipse will affect you personally depends on the house (area of the chart) it falls in, and whether it aspects any planets in your natal chart. Eclipses are activators, and some area of your life is about to be energized. If you’ve always wanted to get to know your own chart a little better, in the next couple of weeks, I’ll be releasing a little booklet and report that will help you do that. Subscribe to my mailing list if you want to receive the initial offer that will go only to those on my list. (The sign-up form is over there on the right —> if you’re reading this on my website, or click here)

On a national level, this eclipse emphasizes national health issues, military and civil service, and the labor force. We’ll also be continuing the conversation about our sexual mores, and areas of foreign policy could become quite difficult and dicey. The indicators of violence from or towards foreign countries are strong. Legal battles are also indicated, and opinions will be expressed forcefully and with little regard for truth or consequences.

The next few months promise some anxiety-producing moments, so you might want to start, re-start, or continue a meditation practice. You might also want to read a book called “Subtle Activism” if you’re a meditator or magician wondering what you can do to help defuse difficult situations on a local community and national level.

(Astrology students: Note that the eclipse falls across the sixth/twelfth house axis in the eclipse chart. Mars in Sagittarius (a planet and a sign that tend towards violence, in mundane astrology particularly) is in and rules the ninth house of foreign countries, the legal system, and religion. If you put the eclipse chart on the outside of a bi-wheel with the USA Sibly chart, note that Mars is approaching opposition to the USA Uranus and conjunction with the Ascendant, and the eclipse itself is conjunct the USA’s nodal axis. In addition, Saturn in the eclipse chart is directly on the midpoint and in opposition to the USA’s Venus-Jupiter conjunction, Jupiter ruling the Ascendant. Noel Tyl says about this midpoint configuration “possible coming down to earth with a thud”. )

The highest and best use of this eclipse is working towards a more tolerant and just society by opening our hearts to others. We are tasked to do the community-level work that is ours, and if we are willing to be honest with ourselves, we know just what that work is. It will take courage, but one thing I’ve learned in my years on Earth is that humans have remarkably deep wellsprings of courage and love. Lets tap into them, and see what changes we can create.

As we move ever closer to Imbolc — the midpoint between the Winter Solstice and Spring Equinox — the days continue to lengthen and Earth begins to awaken from Winter’s sleep. Imbolc heralds the first stirrings of Spring. It offers us a time for personal purification — letting go of what no longer serves us — and reintegration with our communities. This year, the energies of Imbolc are colored and strengthened by this eclipse. It’s a good time to make some changes.

Blessings of the changing seasons to you.