Love is Hot, Truth is Molten: Lunar Eclipse in Aquarius 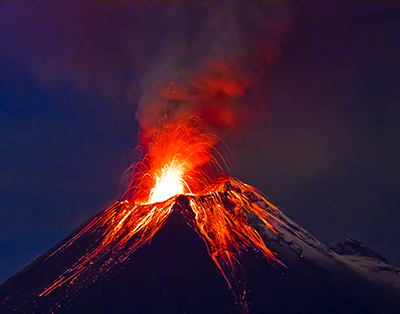 I was all ready to go into my usual spiel about how annoying I find it when a lunar eclipse is touted as a “blood moon”, when I realized that it may actually be a pretty appropriate term for this eclipse chart. The planet of bloodshed and war, Mars, is feeling annoyed, standing back-to-back with Moon, and wielding a sharp sword. Moon is not much happier, and holding her preferred tool — the scythe — which is also a very effective weapon. The rest of the picture is not very soothing, either. So now we need to think about how to best handle this admittedly difficult chart.

This eclipse falls on the Leo-Aquarius axis, and so emphasizes relationships — between lover and beloved, between actor and audience, between rulers and the people ruled, between love and truth. As we muddle through the next few months, don’t settle for less than truth, don’t settle for less than love. To be in tune with this eclipse, remember the one truth that we are all unique, and all connected — with each other, and with the Universe. Look for the larger truths that tie everyone’s experiences into a greater whole, not the "truth" that survives only within small, constrained, artificially-constructed realities that isolate and divide.

The emotional temperature is hot in these upcoming months. Passions and desires will be running high and the results of pursuing them can range from fulfilling to downright dangerous. You’ll see this around you, and likely in yourself as well. Check the source of what is driving you. Are those hot desires you’re feeling springing from repressed needs and fears, or are they leading you towards people, things, ideas you actually love? (Hint: For most of us, it’s a bit of both) Discovering, exploring, and refining your desires is good work for these dog days of summer. Focus on living your life in love, not fear.

Love, to be real, must be rooted in truth, or it is nothing more than a mirage. Truth depends on our ability to perceive what is, as opposed to what we want, or to whatever illusions our subconscious, repressed fears and desires serve up to us. Truth can flow through our souls like lava to the sea, searing everything in its path, but it leaves behind a wealth of nutrients from the deep that will bring new growth. You may well find yourself dealing with emotional eruptions this month — your own or others. They’ll burn away some illusions. Take care with what you plant in their wake.

There will be lots of drama and competition for the spotlight this month, and few of those vying for the audience’s attention are worth watching. Ignore the multiplicity of three-ring circuses. Take some contemplative time for yourself, consider what really matters, and eliminate the distractions from your life.

We have this Mars and Mercury retrograde thing going on too. Keep in mind that the person who starts a fight (or a war) under Mars retrograde is very likely to be the one who loses. That said, warlike, confrontational attitudes will be abundant, as will mis-communications. We need to think about how we want to deal with that sort of thing before we get caught up in a whirlwind. My best advice is, don’t start fights. Walk away from confrontations if you can. If you can’t, be smart and strategic. Don’t flail around in blind anger.

I posted a meme on my Urania’s Well Facebook page the other day that gave some good advice for this Mars Rx period. It had the most shares ever on that page, so apparently it hit a nerve. Here’s what it said (not my words):

pick your battles. pick…pick fewer battles than that.
put some battles back. that’s too many

Swords and Scythes and Mummers Plays 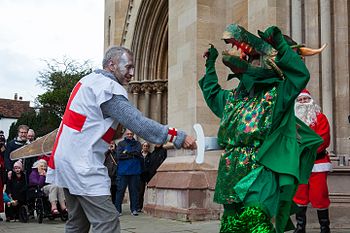 Things on the national stage are also likely to be full of eruptions and extreme self-expression. But first, here’s a review of the technical details, so those of you who are interested can follow along.

(Astrology students: Cast the chart for July 27, 2018 4:20 PM, Washington, DC. Remember that the Ascendant, Midheaven, and houses are only for the USA. I use the Equal House method. Lunar eclipse charts are generally in effect for several months. Here’s what I’m looking at:

First, the Leo-Aquarius axis, of course, with Mars retrograde, and Mercury retrograde adding to that mix, across the 2nd/8th houses.
Mars is opposing/conjuncting Sun-Moon and conjuncting the south node, and Uranus squares the whole shebang. Saturn is inconjunct Sun. Venus is in a tense semi-square with Sun and sesquiquadrate Moon and Uranus. Uranus and Neptune are still in their tight, ongoing, semi-square. Yeah, we still have the Jupiter-Neptune and Saturn-Uranus trines — they’ll support the work of this chart. Work being the key word here. And getting people working together being the key problem.

Look also at Neptune in and ruling the 4th, opposing Venus.

This is a particularly powerful eclipse, since it is less than a degree and a half of arc from the nodes. It also has the distinction of being the longest eclipse of the 21st century, though we won’t be able to see it in the USA. It’s only visible in parts of Australia, Asia, Africa, Europe, and South America.

For the discussion below, I use the Sibly chart for the USA, Equal House. Note how all the eclipses fall directly on critical midpoints in the chart, activated by transits as well. This lunar eclipse is on the transiting AND natal USA nodal axis, with Mars on the SN. After the eclipses, Mars will station direct only a degree from natal Pluto, which is also being squared by the solar arc Moon.)

We are in a season of three eclipses that presage tremendous change in the USA, triggering longer-term transits and solar arcs to the natal chart.

Diplomacy (or, more likely, the lack thereof), women’s rights, and the economy are a focus in this chart. I hate to have to say it, but the struggle for women’s rights slogs on, and it will be a struggle. The SCOTUS issue continues front and center, and other legal dramas and conflicts will be playing out with much fanfare. Expect information to flow freely (scandals, gossip, and revealed information), and remarkable displays of ego and narcissism in legal, academic, and foreign policy matters. Also watch for sudden turnarounds, surprising revelations.

It’s going to be quite a circus — the image I’m getting is of one of those old medieval mummers plays, brightly costumed, with lots of sword fighting and someone getting killed, but then brought back to life by a Doctor character. (Astrologers: Strong Sun ruling the 9th, opposed by a very cranky Mars (ruling the 5th and 12th), square Uranus, semi-square an equally cranky Venus in the 10th disposited by an unaspected Mercury in the 9th )

While physical warfare and violence are certainly a possibility, this chart suggests cyber-warfare, and diplomatic (as in governmental, not tactful) shots across the bow. Pay close attention to your personal cyber-security, and if you are in the USA, please call your congressional representatives and urge them to take active, definitive steps towards securing the mid-term elections from outside interference. This chart emphasizes the problems we have been hearing about in the news, but also offers hope for solutions.

(Astrologers: Note Mercury Rx ruling the MC and the 7th house of open enemies, war, diplomacy, contracts and treaties. Mercury is unaspected, and so will tend to run wild in the chart, and there will be a focus on its purviews of information-gathering and organizing, communication, travel, and business networks. Also, gossip and “fake news”. Uranus squares that Full Moon/Mars/Nodal mess, and is trine Saturn, which is also strong in a sign it rules. That trine gives me some hope for solutions)

There is also a strong signature of flooding, issues around oil (especially oil spills), and pollution, particularly water pollution. Stay aware, and don’t ignore warnings. (Astrologers: Neptune in and ruling the 4th, with all its previously-noted aspects)

As the Sun progresses through Leo, we move into the harvest season, approaching the first harvest, Lammas, the midpoint between Summer Solstice and Autumn Equinox. I’m eating something from my garden every day now, while watching the winter squash ripen, the sunflowers go to seed, and the seedlings for my fall crops sprout. For me, the garden is the place where I can really feel gratitude for this life, and the Earth that supports it. Do you have a place like that? If not, can you find one?

Take some time at this Full Moon to appreciate what you have, the gifts of the Earth, and the things you are now harvesting in your life because of the work that you have done. I’ll leave you with some pertinent wisdom from Max Ehrmann’s Desiderata:

“And whether or not it is clear to you, no doubt the universe is unfolding as it should. Therefore be at peace with God, whatever you conceive Him to be. And whatever your labors and aspirations, in the noisy confusion of life, keep peace in your soul. With all its sham, drudgery and broken dreams, it is still a beautiful world. Be cheerful. Strive to be happy.”