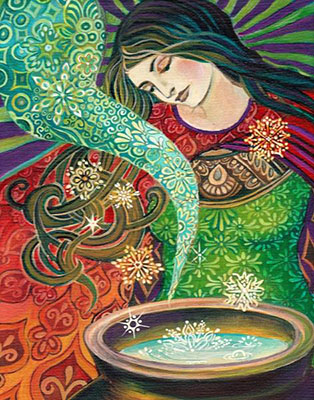 "Every great work, every big accomplishment, has been brought into manifestation through holding to the vision, and often just before the big achievement, comes apparent failure and discouragement." ~ Florence Scovel Shinn

The chart of the Spring Equinox — a.k.a. Aries Ingress, the moment when the Sun moves into the sign of Aries — gives us a look at the collective influences we’ll be dealing with over the next three months, and to a lesser degree for the rest of the year. This year’s chart points to a remarkable amount of confusion, miscommunication, and disorientation, but also to the exposure of previously hidden confusion, lies, and deception. Truth will out, but the truth isn’t always clear-cut. It can be hard to discern sometimes. And there will be scandals aplenty.

I probably don’t need to tell anyone who hasn’t been living in a cave the past few years that there’s a lot going on in the skies these days — it’s a pivotal time for humanity as a whole. Without getting too technical, I’ll note that three of the “collective” planets — Jupiter, Saturn, and Neptune — are particularly powerful because they are in the signs they rule right now. This — along with a number of intense planetary aspects — suggests that we are in a time of collective ferment and change, and most of us, in our personal lives, will be affected more strongly than usual by current events.

While each person will experience different challenges and rewards from these planetary patterns, depending on their individual birth chart, there are commonalities that we will all be dealing with in one way or another and to one degree or another. It’s helpful to know what those commonalities are, so we can bring more intention and skill to whatever situations we find ourselves in. I’ll take a look at them below, but first, here’s pertinent information for those of you who want to follow along with the astrology:

Astrologers: Cast the chart for March 20, 5:59 PM, EDT, Washington, DC. I’m using equal houses. The angles and houses in this chart are applicable only to the USA collectively. The planetary signs and aspects are global. If you are using this ingress to look ahead for a particular group or business, cast for their specific location, though you’ll want to look at the ingress for the country as well. While you can use ingress charts to predict for individuals, you’re generally better off using transits, progressions, solar arcs, profections, etc. Ingresses are best used for collective trends, prediction, and guidance.

Note that there are three planets in their domicile, and two in detriment. Mercury, retrograde, in detriment, and conjunct Neptune, rules the chart — AS and MC — and disposits an almost full, void-of-course Moon that is the handle of a bucket chart.

The other planet in detriment, Mars, disposits Sun and Chiron, and rules the 8th and 3rd houses. It is placed in the 9th, square Venus which rules the 9th (think battles involving law, religion, and higher education, and with Venus in the 6th, public service, public health, and the military as well.) So we have a two debilitated but still influential planets trying to do their work against considerable odds. This can be problematic for situations under their rulership, but can also, particularly with Mercury, offer long-overdue healing if we’re willing to work at it.

Jupiter, Saturn, and Neptune are strong in their respective domiciles, while Venus and Uranus in mutual reception support each other. The ongoing Uranus-Neptune semi-square is within a degree of orb. Jupiter is in a tight sextile to Venus and quincunx to Mars. Uranus, just a couple of weeks into its 7-year stay in Taurus, aspected by only a semi-square to Neptune, is pretty much unfettered and so running wild in the chart. With Mars in Taurus as well, the bull in the china shop metaphor is one to keep in mind.

Note, as well, that the Venus/Jupiter midpoint is conjunct Pluto and the South Node. This indicates major shifts in a variety of established power structures.

OK, back to the plain English interpretation.

One of the main commonalities we’ll be facing in the upcoming months will be questions of truth — factual truth, moral truth, spiritual truth. (If you want an idea of just how crazy this might get, check out this recent article from the MIT Technology Review titled “A quantum experiment suggests there’s no such thing as objective reality”).

There will be major struggles to communicate, people feeling that they are not being heard, a sense of being overwhelmed by something large, inchoate, and otherworldly. I expect that various paranormal incidents and investigations will be much in the news. People will be questioning the foundations of their ideas about reality.

The best way we have to handle this confusion is to work on communicating about emotions — our own and others’ — clearly and with empathy. It should be obvious by this point in human history that we, as a species, do better in groups. We support each other, we need each other, and finding a way to cooperate while honoring our differences strikes me as the most likely way towards our evolution.

These same planetary patterns can support this evolutionary work.

An article on brain changes due to meditation that I read today summarized it perfectly:

“With growing globalization, interconnectedness, and complexity of our societies, ‘soft skills’ have become increasingly important,” they say. “Social competences, such as empathy, compassion, and taking the perspective of another person, allow for a better understanding of others’ feelings and different beliefs and are crucial for successful cooperation.”

This is a good time to start or re-start a meditation practice. This is also is a good time to find whatever your own evolutionary vision is, and then live up to it. Rage, contempt, and violence tear apart societies. Don’t let yourself get caught up in them. Fighting rage with rage is not a good strategy.

You are the only person you can change directly, but you can influence many others. Think about how you are influencing the world around you. Remember that your words and actions inevitably have some impact. Work on strengthening that impact and directing it towards your highest vision for the world. 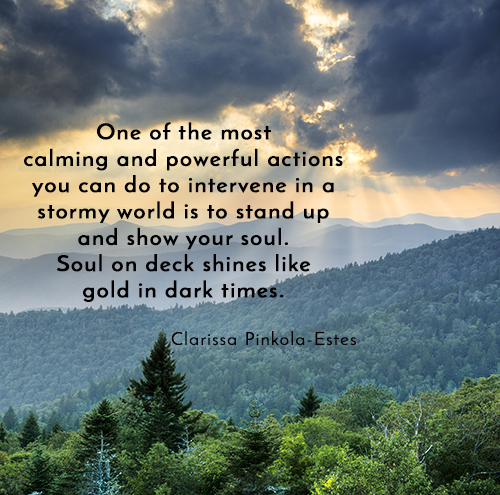 The deeply fraught political situation in our country will be further inflamed by an increasing number of scandals, lies, and outbreaks of religious fundamentalism that could turn violent. There will be confused or deceptive communications with foreign countries, and the political polarization within our country will worsen. (I know, it’s hard to believe that’s possible, but there is far more extremism than diplomacy in this chart.)

The Executive Branch is weakened in this chart, and the Judicial Branch is emphasized. I expect the Mueller investigation to be taken to a whole new level, and at least the beginning of its end by the Summer Solstice.

We’ll see issues of pollution, particularly of water, and possibly by gases of some kind and/or oil. Big oil will be a big thing.

Financing of the military and other public services will be subject to sudden changes, along with the status of women and transgender troops.

And remember that higher education scandal that erupted a week or so ago? Definitely not going away, and lots of litigation will follow.

Another feature of our national discourse will be scandals full of victim-blaming and victim-claiming. It’s a basic maneuver of narcissists and sociopaths to twist a situation of abuse by presenting themselves as the victim instead of the abuser, demanding apologies and reparation. Don’t fall for this, either in your personal life or by those on a public stage. ::::waves to Johnny Depp, scowls at Tucker Carlson:::::

To sum it up, truth is getting body-slammed, opinions are rife, and the crucial work we must do is to separate fact from fiction, and align our actions accordingly, in line with our values. Trying to stay as grounded and organized as possible will help us navigate through the storms and fog, both metaphoric and literal. Attending carefully to practical details in our daily lives will free up needed time to dream and drift, to meditate and do magic — important work for creating and holding a vision.

It’s essential not to lose heart and to recognize that our work — magical, spiritual, and mundane — is crucial in these rapidly-changing, deeply transformative times.

If you’re wondering how all this will affect you personally, you can set up an appointment with me, or get one of the computerized reports I offer. If you have questions, you can contact me here.

I’ll leave you with a quote from an article by Clarissa Pinkola-Estes. (You can read the whole article here.)

“Ours is not the task of fixing the entire world all at once, but of stretching out to mend the part of the world that is within our reach. Any small, calm thing that one soul can do to help another soul, to assist some portion of this poor suffering world, will help immensely.

It is not given to us to know which acts or by whom, will cause the critical mass to tip toward an enduring good. What’s needed for dramatic change is an accumulation of acts, adding, adding to, adding more, continuing. We know that it does not take “everyone on Earth” to bring justice and peace, but only a small, determined group who will not give up during the first, second, or hundredth gale.

One of the most calming and powerful actions you can do to intervene in a stormy world is to stand up and show your soul. Soul on deck shines like gold in dark times. The light of the soul throws sparks, can send up flares, builds signal fires, causes proper matters to catch fire. To display the lantern of soul in shadowy times like these – to be fierce and to show mercy toward others, both are acts of immense bravery and greatest necessity. Struggling souls catch light from other souls who are fully lit and willing to show it. If you would help to calm the tumult, this is one of the strongest things you can do.”

Blessings of Spring and the strengthening Sun to you!