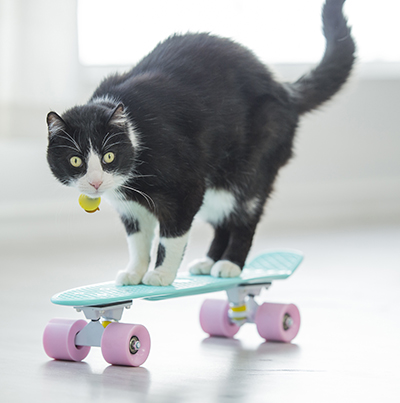 Life will feel a little (or a lot) frantic, unstable, and disjointed this month, with a New Moon in the restless, sensitive sign of Gemini, and all sorts of other change-inducing planetary hijinks happening. People are more sensitive than usual to their environment, and emotions are running strong. This chart is in effect for the month ahead.

(For astrologers: Here are some highlights of the hijinks I’m looking at: Mercury, dispositing the Sun and in mutual reception with the Moon, in opposition to Saturn. Venus at the anaretic degree of Cancer, moving into Leo within hours of the New Moon, squaring AND disposting Uranus, and in a sesqui-quadrate to Neptune. Uranus is in a tight semi-square with Neptune, within 4’ of partile. Mars is moving slowly in preparation for its retrograde later in the month, and is conjunct the South Node, within 2’ of partile.)

There are opportunities for in-depth communication, deepening of relationship, and remarkable spiritual developments. But the pitfalls are rather thick on the ground, and avoiding them will require intention and attention.

Let’s start with the communication. First and foremost, just don’t be mean. All of us have a mean streak in us somewhere, and the zingers will come easily this month, but hold back. Yes, some people can be very provoking, but you don’t have to be “nice”. Just try not to pollute the atmosphere with anymore meanness than we are already dealing with. Take the high road.

Think before speaking. Pause before hitting send. Communications this month will tend to be emotionally-charged and have long-lasting effects. Information may emerge suddenly that will have disruptive effects on relationships. Give yourself some time to think, absorb, and make sure you have all the facts straight before reacting to news, either personal or political. Look out for tricksy, unreliable, shallow, deceptive people. Focus on gathering accurate information and make a point of avoiding gossip. Even if others are chattering around you, you don’t have to participate.

There is a strong potential for losses, probably through quarrels or disputes with others. Learn to let go with grace. In fact, those losses may prove to be very much to your benefit in the long run. Inner work will be more productive than outer work this month. In the outer world, you may feel like you have to pedal even harder just to keep from losing ground, or you may feel as though a hurricane has picked you up and hurled you into a whole new world. Much depends on your natal chart.

As for the spiritual development, there are several indicators in this chart, but one I’m looking at particularly is Uranus in a tense aspect to Neptune, which will be in effect right into 2020. Uranus is the transcendent mind, Neptune is the transcendent heart. Uranus is the lightning bolt, Neptune is the all-encompassing ocean. You’ll be working with intuition and inspiration, sudden insights and all-encompassing feelings. It will be a balancing act between heart and mind, and the goal must be to incorporate both in our decisions.

We will be faced with some profound choices this month — do I choose this thing or another? Maybe both? The Yin-Yang is a good symbol to meditate on, for it illustrates the balance we must find between seeming opposites.

Saturn and Pluto demand that your spiritual insights be put to practical use, but it’s also important to be on the lookout for spiritual materialism in all its forms. Zealots and fanatics will be preaching from their soapboxes, but it’s the more subtle forms of spiritual materialism that can be most damaging — the implied superiority of “my way”, the rigid focus on praxis and training, the idea that wealth is a sign of Divine favor, the avoidance of emotion because it is not “spiritual”.

We all fall into some form of spiritual materialism at some point in our journey — usually several points. It’s a difficult trap to avoid, and growth is always about recognizing and overcoming limitations. But someone who puts themselves forward as a spiritual teacher should have enough self-awareness and humility to recognize when they fall into that trap and extricate themselves. If you’re not sure if you’d recognize spiritual materialism if you fell over it, you can see an excellent demonstration by His Enlightenedness the Ultra Spiritual JP Sears here. (JP really gets it!)

These are general observations, of course. If you’d like to know how this New Moon affects you personally, you can set up a consultation with me, or you can order my booklet “How To Read Your Own Astrology Chart” with a computerized personal report, and learn a bit of astrology yourself!

(Astrologers: Cast the chart for June 13 at 3:44 p.m., Washington, DC, 24°58’ Libra on the Ascendant. This location makes the angles and houses predictive for the USA, but not other countries. You can bring it to the local level by casting the chart for your location. Note especially Mars slowing down to its upcoming retrograde station conjunct the South Node, tightly sesqui-quadrate the New Moon, and in the Saturn-ruled 4th house. Also note Venus on the MC and ruling the Ascendant, square Uranus in the 7th. )

The appalling situation of young immigrant children being ripped from their parents and warehoused is ongoing, but I am hopeful for a growing public outcry that will see the practice stopped and kids reunited with their parents.

(This is not, by the way, a practice that dates back years, despite the President’s attempt to blame it on the Democrats. It is a practice that was instituted by the current administration, which unnecessarily inflicts lifelong trauma on these children, not to mention their parents. It is utterly insupportable, a humanitarian crisis, and I hope you will be part of the public outcry. You can find the numbers of your Congressional representatives here: )

We are going to be hearing a lot about espionage — quite likely corporate espionage as well as the more governmental sort. Taxes, and issues surrounding death will also be front and center. Yes, the conversation about suicide continues, but another conversation we need to have is about our fear of death, and the increasingly clear likelihood that our consciousness survives death.

Another ongoing situation will be the explosions caused by our increasingly isolationist foreign policy. There will be diplomatic brush fires breaking out all over.

Fires and explosions in general are a concern this month, as are infrastructure and transportation issues. If you live in a fire-prone area, have an evacuation plan.

There may be problems with public real estate or the real estate market. Earthquakes — real or metaphorical — are likely. Last month’s floods may be followed by drought in agricultural areas, and crop losses could be serious.

Venus is at the top of the chart, in Cancer, so issues of women, parenting, home, and family will be very much in the news, along with art and money (possibly a shift in the status of the dollar). Our somewhat reclusive First Lady will find herself — or perhaps put herself — more prominently in the limelight, and political scandals continue to polarize and inflame. The Democratic party may suffer some loss, not necessarily in an election — it could be retirement or death of a prominent politician, or a financial scandal.

Yeah, I know. I’m not real happy about this chart either. We need to stay active and engaged in the political processes of our country and do all we can to mitigate the problems we are faced with. But keep in mind that individuals can turn astrological energies to their favor to a much greater degree than nations can.

Summer Solstice is coming up on the 21st, and the chart of that event is what astrologers call a Cardinal Ingress chart. We have 4 of those every year (the solstices and equinoxes), and they are strongly predictive for the 3 months ahead, variably predictive further out. I’ll try to get a post up on that chart shortly.