If I Had a Hammer: New Moon in Aries 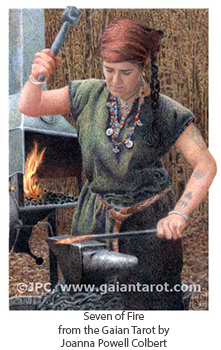 This month’s New Moon chart (predictive for the month ahead) features 5 planets in Aries. Aries offers us a focus on new beginnings, the fighting spirit, making one’s own way in the world, establishing identity, and finding the courage to do what needs to be done.

(Astrologers: Cast the chart for March 27, 10:58 p.m., EDT. Washington, DC. [20 degrees Scorpio rising.] We’ll be looking at the chart without reference to the Ascendant and houses at first, then at this chart for the country. For now, note the stellium in Aries with mutual reception between Venus and Mars, Venus debilitated, and that these two planets between them disposit every other planet in the chart except Neptune — yes, even Chiron through Jupiter’s classical rulership of Pisces. Also note the cardinal T-square, with the Jupiter-Pluto square the third closest aspect in the chart, and Mars with the two closest — a sesqui-square to Saturn and a sextile to Neptune — all three of them under half a degree. )

Venus and Mars are traveling through each other’s signs — a powerful signature in a chart, but a challenge for both of them. Venus is retrograde, which means areas of life associated with this planet — relationships, money, women’s issues, resources, values, art — are undergoing a time of revision, rethinking, renewal. So they are particularly malleable and subject to change right now, and if we aren’t out there standing up for ourselves, challenging, demanding what is right, change may not go our way.

This month, look to your resources — money, possessions, close relationships, community. Make sure they are in order — Jupiter’s three-pass square to Pluto this year suggests a debt crisis of some kind on a global stage before the year is over, as do other indicators. Get your financial ducks in a row, and look at possibilities for paying off, paying down, or restructuring any debt. Do what you can to strengthen relationships and community.

Relationships are always front and center when Venus is prominent, as she is in this chart. Watch for issues of co-dependency to surface this month, and remember that a healthy relationship can only happen between two people who are whole in themselves. Do you bring your true self to a relationship, or do you reveal only what you think the other person wants from you, or what you want them to see?

Honest conflict can be healthy in relationship, and conflicts are more than likely under this sky. Conflict can force us into Shadow work, help us learn to establish appropriate boundaries, and bring buried, often karmic, issues to the surface where they can be dealt with. Remember that the only person you can change is yourself, and a focus on resentment and revenge is a waste of your own mental and emotional energy. 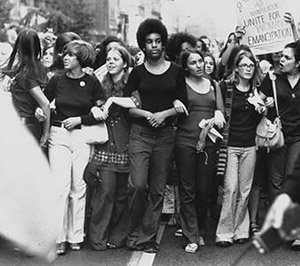 We will almost certainly see a strong focus on both women’s and transgender rights not only this month, but this year (the Spring Equinox chart, strongly predictive for the quarter, influential for the year, also features a stellium in Aries with Venus and Mars in mutual reception).

I see Facebook memes these days featuring old black-and-white photos of protesting women, with their big afros and long straight hair, granny dresses and bellbottoms, carrying signs about equal rights or perhaps holding a bra over a trash can fire in the iconic (if rather ineffective) gesture of second-wave feminism. The text on the meme is something along the lines of “I did this 50 years ago, I can’t believe I still have to protest this shit!”

Believe it. Culture doesn’t change that easily. Physicist Max Planck once noted that “A new scientific truth does not triumph by convincing its opponents and making them see the light, but rather because its opponents eventually die, and a new generation grows up that is familiar with it.” The work is not yet done. We have to, once again, pick up our protest signs and our phones. Look on the bright side — at least you won’t be wearing out your fingers on a dial telephone!

Demand your rights. Have courage. Take action. Even if you’re not as young as you once were. For those of you who are young, you have quite a few years left to live in whatever culture emerges from this era of profound transformation and change. This is your work, too. Aries reminds us that “those who aren’t busy being born are busy dying” (Bob Dylan)

Aspects between Mercury, Uranus, and Jupiter suggest some wild, unconventional, even unprecedented communications. We may find ourselves walking a fine line between speaking our truth and being diplomatic and understanding of other’s points of view. Be aware of the power of your words, and seek out opportunities to make a difference.

Exactly how this New Moon will affect you personally depends, of course, on your own natal chart, your soul’s unique blueprint for this lifetime. If you’d like to get the cosmic perspective on what’s going on in your life right now, contact me, and we’ll set up a consultation.

First, a reminder that conscious individuals can turn even the most difficult charts to their favor. But from a national viewpoint, we are more likely to get the problematic manifestations of whatever the chart indicates. Needless to say, it’s up to the more conscious individuals to shift that national reality in whatever way they can.

When this New Moon chart is cast for Washington, DC, we see a focus on schools and issues having to do with children (particularly their protection) investment ventures, the super-elites (“high society”), sports and entertainment, gambling, celebrities, and creative expression. Some major achievements and breakthroughs in any of these areas are likely.

(Astrologers, note the New Moon as part of a large stellium in Aries in the fifth house, Mars and Venus in mutual reception dispositing everything in the chart except Neptune. Mars sextiles Neptune, and also rules the Ascendant. Gracious Venus, who usually looks out for relationships and diplomacy, is retrograde and in detriment, ruling the 7th of open enemies as well as legal matters, and diplomacy, and the 11th of the legislative branches of government, and groups of all kinds. The Aries Sun and Moon co-rule the 9th of foreign governments, and Mars rules the 6th of the military.)

Certain aspects (Mercury [chart MC ruler] and Uranus trine Saturn [natural MC ruler]) suggest communication issues within the Executive Branch of the government. (OK, you probably didn’t need me to tell you that.) Restriction is likely — with the trine, it’s what they want. There may be a clampdown on “leaks”, a reluctance to share information etc. Serious consequences are likely to result from opinionated, aggressive communications, and relations with foreign governments will be confrontational, with no holds barred, and deception as a strategy. Religion may be a source of intense conflict.

Scorpio on the Ascendant adds to the cloak-and-dagger atmosphere. The ascendant rules the people of a country, and Scorpio is all about digging deep and finding answers. But clear answers will be hard to come by. We will be dealing with events and discussions rooted in mass psychology and psychological warfare.

The Executive Branch will find itself more and more at odds with the Legislative Branch (Jupiter, retrograde in Libra in the 11th, tightly square Pluto ruling the Ascendant. Venus, ruling the 11th inconjunct the Midheaven). Financial issues, banking, and national resources are under extreme pressure in this chart. The financial pressure may well come from the communications, IT, and transportation sectors, or possibly in some way from our near neighbors, Mexico and Canada.

There are indications of flooding, issues around rising sea-levels, and other water-related problems both in this chart and the Aries Ingress (Spring Equinox) chart. If you are in a crisis zone and told to evacuate, do it.

Are you wondering what we can do to shift this prognosis towards enlightened change? The theme song of this post gives us a place to start: Grab the hammer of justice, keep ringing the bell of freedom, and singing a song of love.

That anthem, by the way, was written by Pete Seeger back in the 50s, and inspired the progressive movement all through the 60s. I amused myself by finding various versions of it on YouTube, which I share for those of you who are interested in folk music and/or the history of progressive movements of the last century. You should find something here to suite your musical tastes — amazing how many people have covered this song!

First, the original by Pete himself
Sam Cooke live at the Copacabana
Peter, Paul and Mary’s version is probably the most famous
Johnny Cash
AC/DC’s Brian Johnson
Martha and the Vandellas
Trini Lopez
AND…(OMG!) Debbie Reynolds! (As the note on the video says: “You can’t sing a protest song without a fabulous gown, a glamorous wig, and matching heels”. I”m still trying to deal with the cognitive dissonance.

I hope you have a wonderful month!