Forging our Future: The Equinox Chart 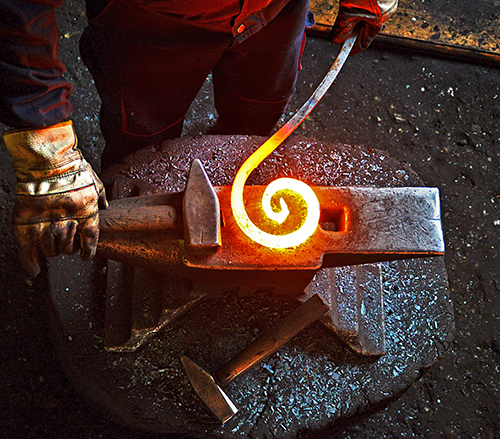 The September Equinox chart gives astrologers insight into the next quarter of the year (until the December Solstice). It will be a very active quarter, with a lot of upheaval, power plays, shocking and/or unexpected events, and remarkable, transformative breakthroughs into new and unexplored territories.

A few days after the equinox, there is a careful and discerning New Moon in Libra with a focus on some difficult diplomacy that can be supported by a courageous, forthright attitude and clear communication or fail through an overly aggressive attitude. Be prepared for reality checks.

I’ll look at how we can personally work constructively with the planetary alignments that are in play during the upcoming months, then I’ll take a look at how they are likely to manifest on the USA’s national stage. But first, a few paragraphs to explain the astrology for those who are interested. If you’re not, just skip through the italicized part.

(Astrologers: The New Moon chart is cast for September 25, 5:54 PM EDT. The Libra Ingress (September Equinox) chart is September 22, 9:05 PM EDT. I use equal houses. Both charts are set for Washington, DC., which means the angles and houses are valid only for the USA as a whole.

Let’s start with the Libra Ingress chart. The Saturn-Uranus square is within a degree of partile (and will remain so through most of October), and Saturn is trined by Mars. A retrograde Mercury is tightly conjunct Sun, and Mercury is in mutual reception with Venus, which is in an over the sign line conjunction with both planets. That’s a powerful signature.

Additionally, Sun and Mercury are in a fairly close opposition to Jupiter, which really lights things up, and Venus and Neptune are in a close opposition, and squared by Mars, creating a Mutable T-square (active service in line with spiritual realities is the best way forward with this challenging combo).

The New Moon chart is similar, being only three days later, but the differences are notable. The NM itself is now tightly opposite Jupiter, and when we look at Venus, ruling the NM, she is in a close conjunction with Mercury, which has retrograded back into its Virgo domicile. Both planets are in a close, but over the sign line, conjunction to the NM, and in opposition to Neptune.

All four planets are in the 7th house of the Washington, DC chart, Jupiter and Neptune rule the Ascendant, and Neptune is rising. Mars is on the IC (the homeland) suggesting both social and environmental upheavals.)

OK, onward to what it all means. (I’ve noticed people tend to pay more attention to the more problematic possibilities I mention in these posts. So rather than sugar-coating my chart interpretations, I’m going to put some of the encouraging stuff in bold type.)

The last quarter of this year is disruptive, rife with power plays, scandal, deception, confusion, and a not-insignificant amount of violence. It will also showcase some outstanding artistry, visionary ideas, and diplomatic breakthroughs, as well as opening doors to profound and consequential spiritual experiences that translate into material realities.

The challenges are many, the opportunities to create change thick on the ground. Not everyone who takes advantage of those opportunities will use them in beneficial ways. Our personal choices matter more than ever now, which means taking every opportunity we can to improve the world around us.

As anyone who is paying attention knows, we are in a time of tremendous social upheaval, which will be increasingly driven by climate change. A global trend towards authoritarianism and theocracy will be — successfully, I believe — challenged both in the streets (as we are currently seeing in, for instance, Iran) and in the courts.

The likelihood of any of us being completely unaffected by these upheavals is slim, so it’s a good idea to pay close attention to what’s going on in the world around you. You want to be able to respond to events in an intelligent and informed way, instead of simply reacting in the moment.

The past decade or so has brought increasing evidence of and interest in the direct effects our minds can have on the world around us. Concepts of a non-physical reality of consciousness and a world of spirit are being discussed in a far more mainstream way than they have been since before Nietzsche declared the death of God. The next few months of this year and into next (as Mars retrogrades through Gemini repeatedly squaring Neptune and trining Saturn) will bring robust and even heated discussions around these concepts that are likely to have a lasting effect on public opinion.

On a personal level, this is an excellent time to review our own mental habits as well as spiritual beliefs and practices. Change is in the air, and we can use that energy to make significant and positive changes in our own lives if we discipline ourselves to take actions in line with our spiritual beliefs and desires. (Astrologers: Note that Jupiter has been in the general vicinity of the Saturn/Uranus midpoint for a while, but it is within a couple of arc minutes of partile in the New Moon chart. This puts our beliefs, philosophies and visionary ideas at the center of the challenges highlighted by the square.)

If you practice magic of one sort or another, a good magical focus for the rest of the year would be working to bring clarity to your mental processes, and your ability to discern truth. This is especially important for relationships. Not just romantic relationships, but friendships and any one-on-one relationship. It also applies to whatever groups you are part of.

Once you can see clearly, you can discern where you want to share your energy, and where you need to cut cords and stop the energy drains. Follow up any cord-cutting with your usual cleansing and protection routines.

Mental health issues will be rife, as will discussions of various mental healing methodologies. We might even make some progress towards overcoming the current pandemic of deranged conspiracy theories. We might also come face-to-face with facts that bring certain theories into conspiracy realities.

It’s likely that you’ll see these issues pop up in your personal, social, and work circles as well. So take time for self-care and contemplation.

While I would never diminish the healing power of a nice bubble bath, the kind of self-care that’s needed now is taking some down time to review what’s going on in your life and how your own thought processes might be contributing to whatever problems are cropping up for you. Not in a self-blaming way — you don’t want to go there — but changing your perspective and your reactions is often the first step in finding solutions to persistent problems. And changing yourself is the first step towards changing the world.

Connecting with our communities, especially in service, is another healing step we can take, both for the community and for ourselves. One of the primary lessons offered by the planets this year is how much we need each other, and what humans can achieve when we work together.

If you want to know how the planetary patterns are affecting you personally and how to work with them in the most beneficial ways, contact me and we’ll set up a consultation.

The USA is in the middle of process (the Pluto return) that is both highly destructive and powerfully creative. Our ability to govern ourselves as a democracy and have freedom of thought, religion, and personal choices is what’s at stake.

These next months are pivotal, and are likely to be fraught with violent environmental and social upheavals. Be aware, be cautious, and vote.

While I am a proponent of a strong two-or-more-party system, given that one of our two parties has been fully taken over by Christian theocrats, Hitler wannabes, and crime bosses, I would encourage you to put aside differences of opinion on the everyday concerns of government like taxation and infrastructure, and Vote Blue. Even if you have to hold your nose to do it.

(Astrologers — I use the Sibly chart for the USA, with equal houses. In a bi-wheel with the Libra Ingress chart, Mars is at the midpoint of the USA’s natal Mars/Uranus. Mars will go on to station Rx shortly after the Mars return, which means we’ll have 3 passes of the Mars return. Then it will station direct conjunct natal Uranus. Also note Venus conjunct natal Neptune and square natal Mars, and the tight Sun-Mercury conjunction on the USA’s MC, with Jupiter approaching an opposition to the MC, and square the natal Venus-Jupiter conjunction.)

These are difficult times, and will require courage, steadfastness, vision, and imagination to navigate. The opportunities are to become the kind of person who exemplifies those qualities, and to forge a future for ourselves and our descendants that we can be proud of.

Blessings of the Equinox season to you,