Ducks in a Row: New Moon in Virgo 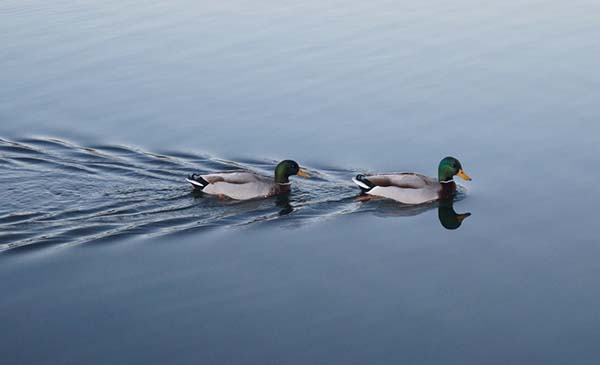 As the world gets a little crazier every day, we are overdue for some time to spend sorting things out, finding the patterns, organizing effective responses. This Virgo New Moon, while not an eclipse, is a remarkable configuration that, over the next month, may give us the knowledge and power we need to make important improvements in our lives.

Mercury rules this chart like Freddie Mercury ruled a stage. And this is the “organize and get things done” Virgo version of Mercury, not as Trickster-like as it is in Gemini, nor as easily distracted. We’ll need to get our collective head in the game, and map out how to get from where we are to where we want to be, on an individual as well as a community level.

This chart is solidly grounded in the element of Earth, with 8 of the 10 planets in an Earth sign. Persistence is the key to getting through this month gracefully — persistence and time spent analyzing, organizing, planning, and then doing the work. The demands of the material world will be pressing. Trying to avoid answering those demands will just get you sunk into quicksand.

Figure out what needs to be done and do it, preferably without a lot of drama. Virgo is about service, humility and striving for perfection. A “me first” attitude won’t get you very far this month. Virgo wants to get everything structured and sorted, so time spent getting your proverbial ducks in a row, organizing and strategizing will be rewarded.

But as you are making your lists, you might want to check them against your spiritual beliefs and core values. Because they will be tested — all your attempts to get your life in order will be tested against spiritual realities and your ability to discern spiritual truths. Will you align with your soul, and plan your life around your spiritual growth, or will you let your fears and anxieties dictate how you organize your life?

You’ll also want to keep careful track of your communications — there are no planets in Air signs in this chart, and that is likely to inhibit communication and the flow of information. In addition, under all this Virgo energy, everyone’s a critic. Carefully assess the real value of your opinion in any given situation before you share it — and even then, phrase it with care. We’re likely to be navigating minefields of hurt feelings and misunderstandings this month, and dodging weaponized words. Never underestimate the healing power of a sincere apology, but remember that some words simply can’t be taken back once they’ve been spoken.

This chart also presages a great deal of change. But the changes are supported, so with some careful planning you can make considerable progress towards your goals.

Some of you may feel like your progress resembles that of a football in the air heading towards a field goal — you’ll get there, and fast, but you’re not in control. Some will keep their feet on the ground as they walk or run towards their goals, clutching their dreams and dodging obstacles, but with more control over where they end up. But even if you find yourself flying through the air, don’t panic. The important thing is that you haven’t gotten stuck trying to keep things as they are, because some changes are unavoidable.

In whatever ways change is coming into your life, remember that your reactions to events can make all the difference in the ultimate outcome. One type of reaction you might want to pay particular attention to is your own negative judgments and criticism of others, and how you react to that kind of negativity when it’s directed at you.

Virgo is big on discrimination — in both meanings of the word. There’s the “unjust and prejudicial treatment of other groups” meaning, which is based in fear and a sense of entitlement, and also the “discernment” meaning, based in making life choices, like which lane of traffic you should be in, or whether or not to stay in a relationship. Discrimination and judgment aren’t bad in themselves — they are dangerously sharp but needed tools that can cause a lot of damage if they are misdirected and misused.

When you find yourself reacting to someone with a lot of negative judgments this month, look to your own inner world first, before you speak or act. Your critical reactions to others might be related to your own insecurities, or simple discomfort because who they are doesn’t fit into your orderly world. Perhaps you’re unwilling to do the necessary mental/emotional work to expand and reorganize your world around new insights and information. Or your reactions might be objectively valid responses to a situation, and you can move ahead using that knowledge to make choices.

When our judgments have given us the knowledge and information we need to act on, then we can store that information away and get on with our lives. But if we keep those critical, judgmental thoughts in the forefront of our minds they take up a lot of energy that could be put to better use creating what we want. If you can’t let them go, then it’s time for a deep dive into your inner world to discover why there is such an emotional charge around certain people/situations that you are constantly thinking or speaking about them negatively. (That includes yourself. Self-assessment is helpful and necessary for growth. Self-criticism rarely is.)

Journaling can help with this process, as can meditation. So can therapy and talking with friends. We all could use some therapy in this crazy world. Jiddu Krishnamurti said “It is no measure of health to be well adjusted to a profoundly sick society.” Think about that this month — about where you will adjust to society, and where you will stand your ground.

This is an intense chart for the USA as well, with a very “power to the people” vibe about it. I’ll take a few paragraphs to give astrologers some technical details, then take a look — in plain English — at what’s ahead for us nationally in the USA.

Astrologers: Cast the chart for August 30, 6:37 a.m. EDT, Washington, DC. I’m using equal houses. Keep in mind that the angles and houses apply only to the USA, but planetary signs and aspects apply globally. New Moon charts are generally in effect until the next New Moon.
Here’s what I’m looking at:

Five planets, plus the asteroid Juno, in Virgo, all within a 10 degree orb. Mercury, ruler of Virgo, is closely conjunct the AS from the 12th. This whole stellium will, one by one, square Jupiter and oppose Neptune over the next few weeks, forming a series of T-squares. I’m particularly interested to see how Mercury’s T-square, from about September 5th through 8th, plays out, because in that one, all three of the planets are in their domicile. It’s an intense aspect I expect to see reflected in events, particularly since the New Moon’s close conjunction with Mars gives this month a very Martian vibe.

We also have that powerful triumvirate of Saturn, Pluto and the South Node, still well within orb of conjunction in Capricorn. Note that all the Virgo planets will be passing through a trine aspect with this group. Can you feel all that Earth?

Uranus, in Taurus (more Earth!) is also trine every one of those Virgo planets. The Grand Trine is wide, but it’s there. The trine between Uranus and the New Moon is very, very close — within less than half a degree-minute of partile.
In the chart cast for DC, that trine includes the AS, as the New Moon is conjunct the AS.

Mercury rules the AS and MC, and is conjunct the AS from the 12th — do be sure to watch what’s happening behind the scenes. The Triumvirate is in the 5th (children, early education, entertainment, the stock market), and Jupiter is in and ruling the 4th (the land, the weather) co-ruling the 7th (conflict with other countries, diplomacy, scandals, and conflict within the country) with Neptune, which is in the 7th. 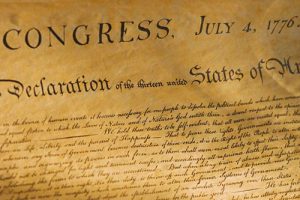 This whole cluster of Virgo planets is activating the area of the chart that signifies the people of the United States, and the state of the country in general. There will be opportunities to find common ground based on practical realities, and shared concerns.

Unfortunately, we’re likely to also see plenty of judgment, close-mindedness, and conflict, both within the country, and in our relationships with other countries.

Either way, the citizenry is going to be making their voices heard, and they will have a very clear idea of what is needed.

There may well be the beginnings of a popular revolt against the barrage of outright lies, deception, misinformation and disinformation that has become a steady diet we are fed by those whose greed, will to power, and utter lack of empathy are the most prominent aspects of their characters.

Most people have a moral compass, and personal morality and ethics is a topic that is going to become more and more prominent in the national discourse over the next several years. I have high hopes that we may realign ourselves with the North Star of the values that are embedded in the founding documents of our country, and the subsequent amendments — the freedom for all of life, liberty, and the pursuit of happiness.

Weather-wise, extremes are favored — strong storms, flooding and possibly fires are indicated, and there’s a likelihood of a severe earthquake as well . There are enough mitigating signatures in the chart to make me think that there may be some close but lucky calls, like storms that do less damage than expected, or take an unexpected turn out to sea, etc. There may be some dashed hopes about agricultural harvests, which will affect the markets.

As always, if you want to know how the current planetary weather is affecting you personally, contact me for a consultation.