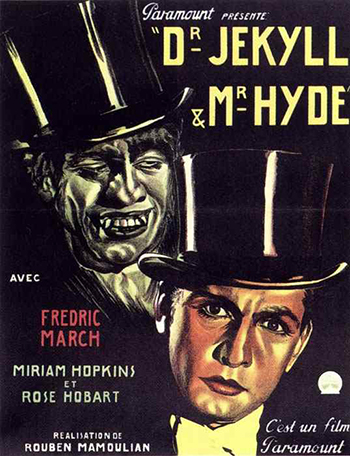 “One does not become enlightened by imagining figures of light, but by making the darkness conscious. The latter procedure, however, is disagreeable and therefore not popular.” ~ Carl Jung

“I learned to recognize the thorough and primitive duality of man. I saw that, of the two natures that contended within the field of my consciousness, even if I could be rightly said to be either, it was only because I was radically both”. ~ Robert Louis Stevenson, The Strange Case of Dr. Jekyll and Mr. Hyde.

November’s Scorpio New Moon brings an intense focus to everything having to do with the Underworld. The Underworld of the Earth consists of the fertile soil, the deep roots of trees, the rocks and metals, and the molten core that enlivens the planet.

There is also the Underworld of human consciousness — the unconscious part of the human psyche that drives our behavior to an extent that most of us are reluctant to credit (see recent news stories related to the #MeToo hashtag and the tsunami of women’s stories ripping away the polite fictions and exposing the endemic nature of sexual harassment and assault in our culture.)

We have a spiritual Underworld as well, often called the Lower World (Yes, there’s a Middle World and an Upper World too). This is a place where those from different dimensions of consciousness can meet and communicate with us — our ancestors, plant and animal allies, and other teachers and co-walkers.

All these Underworlds are within Scorpio’s purview, and this New Moon will bring us plenty of opportunities to learn and explore them. But we will be made particularly aware of that Underworld of the psyche, the unconscious, both individual and collective.

Part of our unconscious is the Shadow, which consists of those traits, thoughts, desires and impulses we deny and repress because, as children, we learned that they were socially-unacceptable. So we packed them away, pretending they didn’t belong to us. “Angry? Me? How could you suggest such a thing! I’m not an angry person at all!”

This is overall not a bad thing. A functioning society depends on us learning that sometimes we need to rein in our temper, respect other people’s boundaries and not say what we are thinking. The problems arise when we believe we are bad and wrong for having these feelings. As children, we have no way of understanding and integrating a lot of what we have to deal with, so we hide the things we are afraid of and the parts of ourselves we are ashamed of away from our conscious awareness.

What we learn as adults is that we can deny the Shadow, but we can’t let it go, because it is part of us. One common metaphor for the Shadow is a big bag — we aren’t sure what the contents are, but we know they’re bad. We can’t let go of the bag, so we drag it around, and are terribly surprised when something pops out and makes a big splash in our life. The Shadow bag is where our Dr. Jekyll stashes Mr. Hyde.

Other traits may be ones someone taught you are bad, but are actually good when they are faced and integrated. For instance, if you have a Sagittarius Sun/Mercury/Jupiter conjunction, but you grew up in a household with depressed, alcoholic parents who shut you down when you were being talkative and full of enthusiasm, then you may learn to repress an important and very basic part of who you are. But repressing it doesn’t delete it, and that part of you will try to make itself known. It will sneak out of the bag and pop up without the advantage of any conscious filters. Then you may find yourself being overly chatty or aggressively enthusiastic at inappropriate times.

Some of our more visceral reactions do need to be inhibited, of course. Like that murderous impulse that flares up when some stranger walks up behind you in the street and grabs your ass (#metoo). But repressing an impulse is not the same thing as choosing not to act on it. Repressing it means one is ignoring the emotional feedback, avoiding self-awareness, which increases the likelihood of an explosion at some point in the future, as the pressure created by the constant repression builds. It’s important that we recognize and admit to our feelings so we can adjust our thinking, reset our emotions, and take appropriate actions instead of destructive ones.

This is all part of our Shadow work, the inner work we all must do to grow and evolve mentally, emotionally, and spiritually. Even physically, because our thoughts and emotions, even the repressed ones, do affect our physical health in a number of different ways, including how we respond to health problems and treat our bodies on a daily basis.

This month, especially, we’ll be encouraged to explore the realm of our Shadow, both individually and collectively. How this astrological emphasis will play out for each of you depends on the house where the New Moon falls in your chart and other astrological factors. But there are some guidelines for identifying the Shadow when it manifests that will help you understand which areas of your life are being challenged. Here are three of the main ones:

Working with the Shadow

There are a number of ways of dealing with Shadow material when it erupts into consciousness, and I’ll suggest some books at the end of the post for those of you who want to explore this work further. Therapy is an obvious choice, but not everyone will want to go that route. Your natal astrology chart, properly interpreted, offers not only clues to the contents of your Shadow bag, but illuminates your path to healing. (Contact me here if you want to explore that option.)

But sometimes the Shadow catches you unaware. Here are five initial responses to those shadowy eruptions that can help:

The USA is particularly affected by this New Moon, since Scorpio is rising when the chart of the event is cast for Washington, DC. So let’s look at how all this Shadow stuff will play out on the national stage this month.

(For the astrologically-inclined: Cast the chart for November 18, 6:42 a.m., EST, Washington, DC.. The Ascendant is at 22 degrees and 55 minutes of Scorpio. I’m using Placidus houses. The New Moon conjunction itself is rising at 26 Scorpio. Four degrees Virgo is on the MC. )

As always, keep in mind that an event chart will manifest differently for everyone, and while mass events and cultural trends can skew towards problematic displays of the energies reflected in the horoscope, you as an individual can make choices that buck the trends, even if you are caught up in a large group situation.

“The shadow is most destructive, insidious and dangerous when habitually repressed and projected, manifesting in myriad psychological disturbances ranging from neurosis to psychosis, irrational interpersonal hostility, and even cataclysmic international clashes.”
~ Stephen A. Diamond, Ph.D.

Yeah, as a country we are having some issues around psychological disturbances and interpersonal hostility. Our collective cultural Shadow is definitely on parade. Sex, and taboos of any kind are favorite topics of Scorpio, and I expect the national conversation around sexual abuse to intensify.

(Astrology students: The rulers of Scorpio are Mars and Pluto, and they are tightly square each other. It’s the closest aspect in the chart. These two planets really ramp up the intensity, but keep in mind that while a square aspect is usually challenging, squares also spur growth and evolution.

Also note Venus and Jupiter conjunct in the 12 house, the house of the unconscious. They are trining Neptune in the 4th of the land and its resources. Keep in mind that trines, while often beneficial, simply indicate that energy is flowing easily between the planets. Jupiter and Neptune tend towards exaggeration, blowing things out of proportion, over-optimism and outright delusions, as well as their more positive aspects of luck, justice, growth, spirituality and transcendence. Venus rules over-indulgence as well as art, emotional connection, and money. Consider the possibilities.)

Incidents of flooding and issues with oil and gas, especially spills and pipeline breakages, are likely. There are indications of remarkably passive-aggressive behavior in the Legislative Branch that are an attempt to mask cruel and/or underhanded behavior. Scorpio rules taxation, and that tax bill, however it goes down, is going to be a really big deal.

Search for your dreams and visions this month as well as doing your Shadow work. Reconnect to the source of energy that is the Unconscious (both collective and individual). Some of your dreams and visions may be frightening, and it will require courage to face them and make effective choices. We are being asked to sail the ocean of the Unconscious, learning as we go how to work with wind and tide to speed us on our journeys.

The ocean teaches many lessons. Not the least of which is that some things are simply not within our control. But we can see to our own ship, learn the skills of navigation and weather forecasting, determine where we want to go, and then do our best to get there.

Our journeys inevitably bring surprises, and as John Lennon noted, life is what happens when you’re making other plans. What counts is how we react when we are faced with the unexpected, whether tragic, exciting, or simply disruptive. And if we have learned to communicate with both our Unconscious and our Greater Self, then we will be supported and guided in our choices.

2 Responses to Confronting the Shadow: New Moon in Scorpio