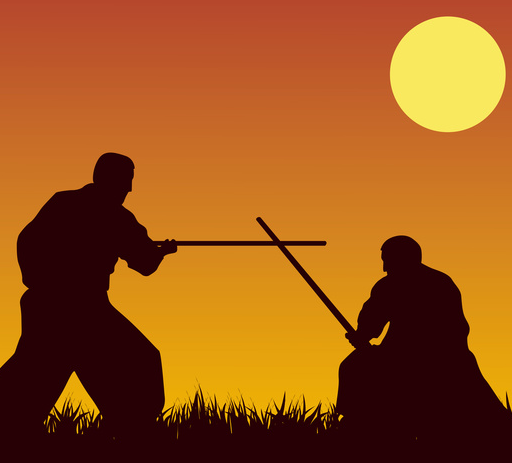 The archetypes of the Warrior, the Pioneer, and the Hunter are highlighted this month by the Aries New Moon. In addition, three powerful planets in Capricorn will highlight the archetypes of the Builder, the Ruler (read: any governing authority), and the Elder.  It’s an active chart that presages shocks, surprises, profound shifts and changes in authority structures, extreme risk-taking, and conflicting agendas.

It’s a great chart for getting the motivation and energy (including financial energy) to finally build something you’ve been wanting for a long time, so please let yourself dream deep and profound dreams. We limit ourselves when we limit our dreams. Dream to the very edges of what you believe is possible, then chart your path there with strategy, focus, and a canny awareness of your environment. If you’re a magician, spend some time at your altar to open and stabilize the road ahead — first making sure it’s the one that leads where you want to go. (And if you’re not a magician, meditation and prayer work well too).

Old structures will be breaking down around us and within our lives, and we may find ourselves scrabbling for some stability. Don’t cling to a ledge. Find solid ground to build on. The same aspects that can break you free, get things moving, and help you create something worthwhile also may move you, rather suddenly, in ways that you first experience as anywhere from deeply disconcerting to catastrophic.

This is when you need to take some time to consider your current situation in light of your core values. What is the ethical response, the correct path of action? Feel the fear and do what’s right anyway. That will lead you to solid ground on which you can build something new.

The conflicts are between freedom and stability, social authority and individual expression. You’ll be dealing with these conflicts in one or more areas of your life. They can be integrated — in fact, I would suggest that the USA was founded on that premise — but how will you make that happen in your own life?

This is also a chart of rebellion and violence in response to a deep need for transformation. We’ll be seeing the results of “othering” and lots of trauma dramas. Some of those dramas will be for real, and there will be those who are willing and able to take effective, compassionate actions in response. Others will be all about getting more attention through emotional manipulation and blackmail.

There will also be opportunities for deep emotional healings, and “deep” is the key word here. You’ll need to confront and heal deep divisions. Band-Aids aren’t going to work. Keep your ultimate goal in mind, then act and speak accordingly. Attempts at revenge and manipulation will likely backfire on you. Communications this month can have profound and long-lasting consequences. Think before speaking.

Overall, on a personal level, keep in mind that we are playing with fire this month, and confronting power — our own and others’. Will you be a light, a leader, and a power for change? As always, that is your choice.

This chart will manifest in your own life in specific areas. Which areas depends on your natal chart. If you’d like to learn just enough astrology to get some insight into your own life, you can get your chart, along with a computerized natal (birth chart) report and my booklet “How To Read Your Own Astrology Chart” here.

Now we’ll look at what this chart predicts for the nation as a whole (and it’s a doozy), but first, some info for the astrologers among you…

(Astrology students: Cast the chart for April 15, 9:58 PM EDT, Washington, DC. Ascendant is 23° 17’ Scorpio. Keep in mind that the angles and houses are for the USA only. Here’s what I’m looking at:

A total of 7 (!) planets are in Cardinal signs. New Moon in Aries is conjunct Uranus and square Pluto, enlivening the Uranus-Pluto square (yep, that square is still in orb.) Though the orb between Saturn and Pluto is wide, with Mars between them (on the midpoint) those three planets are working together, and Mars and Pluto dispose Jupiter and co-rule the chart’s ascendant (remember, that ascendant is USA only, and the ascendant in a mundane chart rules the people of a country). Saturn rules Capricorn, Mars is exalted in it. This is an extraordinarily hard-hitting, powerful combination.

Mars rules and is widely square the New Moon, but otherwise generally well-aspected, trining Venus and sextiling Neptune. Trines and sextiles suggest and easy flow of energy between the planets, but don’t generally indicate action — they do, however, color the actions that are taken. So we could be looking at an outbreak of spiritual, compassionate leadership. At least, I hope so.

Mercury, also in Aries is square Saturn, and both of them are stationary — Mercury turning direct, Saturn turning retrograde. Planets on a station gain strength in a chart. Saturn, in the 2nd, rules the 3rd and 4th, (I’m using equal houses) Mercury rules the MC (head of state, party in power, public view of the country) and the 8th (insurance, taxes, death, loans, sex). It is in the 5th of children, education, and recreation, and the other three Aries planets are in the 6th of public health and public service, including law enforcement and the military (remember how strong Mars is in this chart.)

Venus is strong in its own sign of Taurus, trining the Mars-Pluto conjunction, oppose Jupiter. Keep in mind that Jupiter rules ethnicity, and in its shadow manifestation, can indicate racism, xenophobia, and, particularly with Venus involved in opposition, sexism.

I haven’t covered it all. If you have questions, or want to discuss the chart, feel free to comment here or on the FB post. )

Now, are your seatbelts fastened? Good, because it looks like we are in for a bit of a wild ride this month. Keep in mind that individuals have much more leeway to work with and shift the planetary energies of a mundane chart than nations. (Mundane charts are ones set for specific astronomical events, like a New Moon. They have global effects, which differ by location, and affect each individual according to their birth chart.)  Of course, not all national events will touch you personally, but it’s helpful to have a clue or two about what’s going on. (Cue Marvin Gaye)

What’s going on is an epic struggle for control on many levels. Certainly, between progressives and conservatives, but there are major financial struggles, particularly around banking and the stock markets. Environmental problems loom, with a focus on flooding, oil, and pollution.

While there will probably be a lot of saber-rattling, I am hopeful (though not convinced) that we will not become embroiled in an actual war. Cyber-warfare, on the other hand, is a real possibility.

First and Second Amendment rights continue in the spotlight, and we the people will be concerned with questions like “What limits are put on free speech?” and “What constitutes ‘establishment of religion’?”. We may also see some problems with the concept of “peaceable assembly”. Not to mention guns — especially their licensing and control.

And yes, there is some good news. There are aspects that indicate breaking new ground in secondary education. I think increases in funding are probable, though not without a fight. Teachers need to keep the heat turned up. They are fighting the good fight.

There are also indications of practical solutions for pressing spiritual problems, assuming that you think homelessness, addiction, poverty, etc. are spiritual problems. My guess is that charitable institutions may talk about stepping up to cover government failures. Which, of course, may well lead to First Amendment issues if they are religion-based and look to the government for funding.

We have an opportunity to dig deeply into our communal psyche — from small communities to large ones — and grapple with the problems of xenophobia, sexism, racism, and other hierarchical isms and phobias. Can we do it? Can we open our minds and hearts to others, and heal some of the deep divisions in our country?

I think we can. But it will take the Warrior’s focused energy, the Pioneer’s courage, the Builder’s disciplined strength, the Elder’s wisdom, and the Hunter’s patience. Let’s look for and find those qualities within ourselves.

Bright blessings of Spring to you!