Caring for Each Other: Cancer New Moon Eclipse 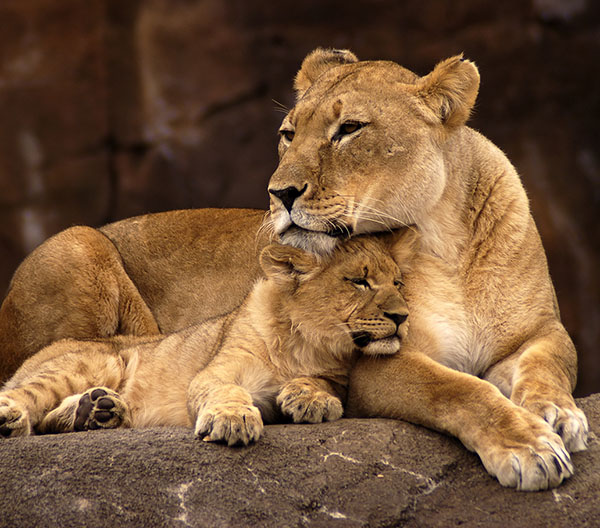 It’s obvious that the Sun and Moon do have a direct influence on our lives and our planet. There would be no life without the Sun, no tides without the Moon. Other planets also affect us in ways we are only beginning to discover. Jupiter, for instance, appears to protect Earth to some degree from comets and the gravitational fields of Venus and Jupiter affect Earth’s climate.

But I am not at all convinced that direct influence is what is at work in astrology. I think the planets and their movement through space simply reflect deep, underlying patterns of reality that shape the world and our experience of it. If Consciousness is — as some scientists and essentially all mystics believe — the creative force behind physical reality, then learning to read the larger, cosmic patterns of the planets gives us insight into the patterns of Consciousness that shape our world.

In the same way that farmers learn to read patterns of weather and plant growth to know when to plant and harvest, and sailors read patterns of winds and tides to safely travel the oceans, so astrologers read the ever-changing patterns of the planets to gain insight into individuals and world events.

As conscious individuals, we have free will, which may be constrained by circumstance and other people, but even the most constrained circumstances allow us to decide how we use our minds, how we react to circumstance. As Viktor Frankl — neurologist, psychiatrist, and concentration camp survivor — said, “Everything can be taken from a man but one thing: the last of the human freedoms—to choose one’s attitude in any given set of circumstances, to choose one’s own way.”

Because we as individuals are free to make certain choices, those who are aware and attentive to their choices can work with the patterns of the planets to weave the pattern of their own lives. Taken as a whole, though, most people find themselves being woven into the patterns that surround them, reacting instead of choosing. Paying attention to the astrology helps us make informed choices, based on an understanding of the larger energies we are working with as we weave our patterns.

Eclipses are a recurring pattern here on Earth — they come in pairs, occasionally triads, about every 6 months — that allow us to re-think, re-work, and repair the weaving of our lives. The effect of these eclipse charts extends for at least 6 months, and often for several years if your natal chart is heavily aspected by the eclipse.

The eclipse of July 2nd is in the sign of Cancer, which asks us to focus on our foundations, on our home — both the home of our body and the home of our heart — and our families of choice and blood.

Cancer also asks us to pay attention to our tribe. Tribalism, when it comes from a place of divisiveness and “us against them” is certainly a problematic aspect of our society, but in reality, the number of people we are able to interact with meaningfully is limited. We need our tribe. We don’t have to be xenophobic about it, but humans work best in groups.

We all have our tribes, which may or may not include our blood family. This eclipse will likely bring questions of “who’s my tribe” up for many of us. We’ll want to look at who we choose to spend our time with, who we care for, who cares for us, and also at the ideas and attitudes that are a foundational part of our tribe.

For instance, if you come from a family of evangelical Christians who are intolerant of any deviation from gender and sexual norms and don’t believe in climate change science, and you are a political liberal, a trans man, and have a Ph.D. in meteorology, then you have no doubt had to make some difficult choices regarding your relationships with your family. The months ahead are likely to bring you to a place where you will need to make yet more difficult choices in this arena, and in the case of this eclipse especially, make some binding and final choices regarding your family.

These are the sort of conundrums the next few months may bring up for us all — lingering issues of where we belong, who and what we care for, and being forced to face challenges we’d just as soon avoid, but can’t for one reason or another.

The key thing to remember is that the current planetary placements suggest that decisions made now will have far-reaching and long-lasting effects. So make your choices carefully. Look at the patterns of your life. What needs to change? Which relationships nourish you, and which are draining? Where do you spend most of your emotional energy?

Eclipses are not to be feared, but they have a wild, unpredictable energy about them. While I’m not going to tell you not to do magic during an eclipse, I’d recommend against it. While it is possible to do powerful and effective magic during an eclipse with no backlash, it is also possible to drive a car around a speedway at 200 miles per hour without getting hurt — if you’re an expert, professional race car driver. If your magical knowledge, skill level, experience, and ability to focus are not top-tier, wait until after the eclipse for your workings.

This eclipse will bring conflicts of tribal differences to the forefront for us globally, nationally, and individually. As individuals, we have choices about how we react. In large groups, the outcomes are more likely to bend towards fear and its effects. I’ll look at what this eclipse portends for the USA, but first a few words for the astrologers among you.

Astrologers: Cast the chart for July 2, 3:18 pm EDT, Washington, DC. ASC is 4° 31′ Scorpio. I am using the Equal House system. Remember that angles and houses in this chart are applicable only to the USA. Note that the New Moon is within orb and approaching an opposition to the Saturn-South Node conjunction across the 3rd/9th house axis. Yes, there’s a sextile between the NM and Uranus, but it’s separating, and the orb is wide for that aspect, so I tend to discount it.

Venus is unaspected, in Gemini, and in the 8th ruling the DSC and the 12th. It is disposited by Mercury approaching the MC, tightly squared the ASC/DSC axis and Uranus.

When you follow the chain of dispositorship, you’ll find that Moon ends up ruling all the personal planets and Uranus, while Saturn rules and conjuncts Pluto, and Jupiter and Neptune, in their own signs (with Jupiter co-ruling Pisces) are still tightly squared each other. Note their presence in, and rulership of, the 2nd and 5th houses.

These are some remarkably powerful configurations, and further highlight the Moon-Saturn opposition, which I think is key to interpreting this chart.

OK, onward to the interpretation

There will be a powerful backlash of compassion and nurturance against cold and impersonal authority. No, Marianne Williamson isn’t going to get the Democratic nomination (fortunately), but we may be able to shut down some of the immigrant concentration camps, where both children and adults are being abused and kept in inhumane conditions.

Look for a lot of news about and changes around money — debt, taxes, banking, cryptocurrencies and stock markets — particularly as applies to foreign money. There is a strong likelihood of continuing “irrational exuberance” about the economy and/or episodes of outright panic.

Women’s right to bodily autonomy and protection from sexual assault will be very much part of the national discussion, as will religion and religious rights. People are finding their voices and speaking out about their values. And who knows — perhaps the Christian Left will finally find its voice and challenge the evangelical Christian support of human rights violations, speaking up about what Jesus might think and do about children being locked in cages and abused, among other things.

We might finally start seeing the outrage that is needed to combat the inhumane policies of this administration, not to mention its refusal to protect our democracy by protecting our elections against foreign intervention. Oh, yeah, and exacerbating climate change at every opportunity.

OK, rant over, but keep in mind that your voice is needed, your soul and your heart are calling you to engage with the world and make a difference. I hope you will answer that call.