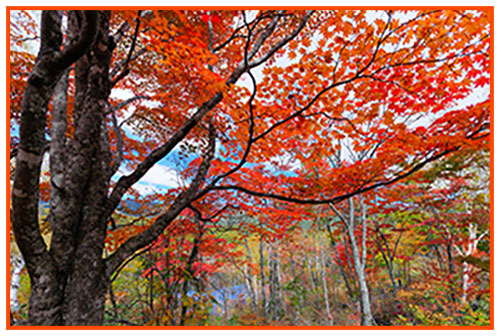 “Regarding awakened souls, there have never been more able crafts in the waters than there are right now across the world. And they are fully provisioned and able to signal one another as never before in the history of humankind… Look out over the prow; there are millions of boats of righteous souls on the waters with you.”
~ Clarissa Pinkola Estes

The Aries New Moon is in the spring, the Aries Full Moon in the fall (northern hemisphere). These are the seasons of change, and Aries is always pretty fearless when it comes to change. Aries tends to draw a sword and charge ahead, while the proverbial fearful angels watch in dismay — and maybe with a little bit of envy. This year, the Aries Full Moon is collaborating with iconoclastic Uranus and Eris, so over the next couple of weeks, we can expect not only change, but sudden, shocking changes and awakenings.

While this chart is only in effect for two weeks, it gives me some cause for concern. There are a number of signatures for violence and death, particularly when the chart is cast for the USA, at Washington, DC. The violence may be verbal or physical, the deaths may be actual, or the death of some part of ourselves or our lives. But it’s going to be important to stay aware and flexible enough to respond to situations instead of digging in our heels, to shift the energy into constructive directions before someone starts lashing out. To change things with a clear, conscious focus on a desired outcome. (And if that sounds like a definition of magic to you, I won’t argue.)

The positive expression of this chart would be a tremendous awakening to the need for public expressions of courage, justice, and empathy if we are going to continue as a civilization instead of spiraling down into a dark age. Some will awaken and take action, most won’t. But it may be enough.

We can mitigate a troublesome chart and even turn it to our advantage by staying grounded and focused, and by tapping in to the energy of change. It helps to remind ourselves on a gut level that change is unavoidable and an intrinsic part of life, and should be steered, not resisted. One of the best ways to both ground and directly experience change that I know of is to make friends with a tree, so I’ll share a little exercise that will help you do that, then we’ll take a further look at the chart of the Full Moon.

Making Friends with a Tree

Pick a deciduous tree that you pass by daily. Carve out some time for a 15- or 20-minute meditation/journey/communion — whatever method you prefer to tune into spiritual realities. (If you’re not sure how to do this, get a good book on connecting to nature in meditation. This is a good one, too.) Reach out to the tree, introduce yourself, ask if it is willing to let you check in with it regularly.

The life force is retreating as winter approaches here in the USA, and the tree is going into hibernation. Communing with the tree as it is going through this process will connect you more deeply to the land and improve your own physical and mental well-being . Connect with the tree daily (it can just be a minute or two) to see where it is in this process. Spend some time with it if you can, but at least tune in to sense where it’s at in its process of preparing for winter.

You might want to work within the classical four Elements and discern how the elemental balance within the tree is changing. The life process, the “spark of life” is driven by Fire — metabolic reactions in the leaves, driven by the Sun. Only a very few of the cells in the tree’s wood and branches are alive — a thin layer under the bark. As the leaves drop, much of the life force within the tree goes with them.

Metabolism requires respiration. Most of the gas exchange (oxygen and carbon dioxide, primarily) happens in the leaves so the tree will have less interaction with Air as the leaves fall.

Without the leaves, there will be no food flowing from the leaves to the roots, or water from the roots to the leaves. There is still sap in the tree, it’s just not moving much. So the flow of Water decreases, both between the tree and the soil, and within the tree itself. (The sap does not move down into the roots, it just stills. In fact, it is an anti-freeze, so it helps the tree live through the winter.)

And as the leaves fall to the ground, they feed the Earth. Fungi and bacteria and other critters decompose them into compounds that help give structure to the soil and eventually feed the tree. Earth is pretty much where it’s at for the tree in winter. Just hold on to the planet and keep standing.

See if you can identify when the tree crosses that border into sleep, its consciousness so internalized that it is primarily in the Otherworld. You know that border — you cross it every night.

Do NOT take anything from the tree that is not offered — in other words, that has fallen naturally from the tree. But if you find an acorn or a branch on the ground you are sure came from the tree, then ask if it’s OK for you to take it and keep it on your altar as a further connection between you and the tree.

As you work with the tree, you will probably notice that you are becoming more aware of cycles of change and better able to navigate changes in your own life. Tuning ourselves to the Earth like this helps balance our energy bodies and clear our minds of distractions so we can more easily identify the path we want to follow, especially when things get chaotic.

Now, about that chart…

I’m going to intersperse the astrology with the information, so if you don’t know an angle from an aspect, don’t fret, just skip over the jargon. I’ll bold the information.

Astrologers, cast the chart for October 16 at 12:23 a.m. EDT, Washington, DC. Note the Cancer ascendant in the last degree — there are lessons that we, as a country, must learn and the focus of those lessons will be home, land, tribe, patriotism, and food supplies.

The Full Moon itself, across the Aries-Libra axis, brings up issues of individuality and individual expression vs. the concerns of the whole, of interpersonal experiences. But Moon in the 10th is conjunct Uranus and the MC, opposed by the conjunction of Sun and Mercury at the IC. This is a powerful and possibly surprising burst of pioneering energy, probably emerging from the executive branch of government. On a personal and a national level, it may also presage destructive emotional outbursts. Remember that people who can keep their cool when everyone else is losing it are the ones who usually make a difference in the outcome.

Note the approaching conjunction of Mars to Pluto in the sixth house of public service, including military and police. Both planets rule the fifth house of children and youth, entertainment and sports, and financial risk-taking, including gambling and the stock market, and the house itself is inhabited by a rather poorly-aspected Venus and Saturn square the nodal axis. We can expect some major power plays and upheavals in these areas, a reaching for power through intimidation and possibly violence.

Problems with transportation and communication are also likely (look at Mercury ruling the third and conjunct the IC, square Mars and Pluto). Finally, the political climate will — despite the best efforts of some citizens — remain highly adversarial and contentious, not only between the candidates, but between their supporters as well. (You’re not surprised, are you? No, I didn’t think so.)

All told, you’ll want to walk carefully and consciously through these next couple of weeks, working to balance progress, courage, and initiative with diplomacy, justice, and clear communication. And trying to keep your temper and not stress out over all the craziness in the world.

While the New Moon chart affects us all, how it will affect you personally depends on your birth chart. The birth chart is like an itinerary that your soul planned for this lifetime. As with most itineraries, there’s some flexibility. And sometimes, we get lost in a strange land. If you want to know more about your journey, drop me an email and we’ll set up a time for a consultation.