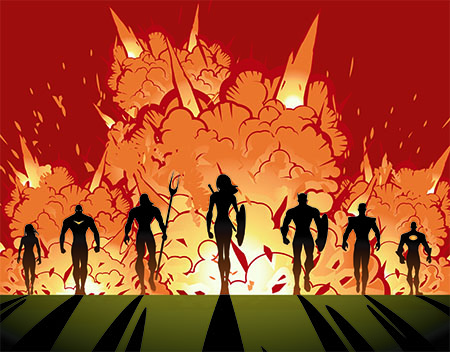 The Aries New Moon — coming, as it does, on or within a few weeks of the March Equinox — inevitably brings a noticeable shift in the ambient energy. This year, Aries is (as always) urging us to move ahead, to “boldly go”, to break new ground. But this New Moon’s natural exuberance is being severely challenged by an ongoing, difficult aspect in the sign of Capricorn , and we are likely to find ourselves required to clean up any messes we’ve been ignoring before we can move ahead.

The aspect in Capricorn is one that indicates tremendous pressure, trauma, empowerment of oppression, contraction, loss, and deep, abiding fear. (Yes, it’s been in effect for several weeks now.)

On a positive note, the aspect also indicates exceptional achievements resulting from long-term effort, profound spiritual endeavors leading to major breakthroughs, and the disciplined, life-changing work of the trained magician. It gives us the ability to release what is not needed, then create anew from the rubble with fresh creative energy that is sourced from deep wells of soul and spirit.

A New Moon chart sets the patterns for the month ahead, and this month we can expect hard work resulting in deserved rewards if we play our cards well. We’ll also see explosions and eruptions all around — in the physical realm, in politics (from national to office), in our own psyches, and in all kinds of relationships.

Relationships are going to be a bit tricky this month. It will be easy to doubt other people’s veracity, and deceptions and delusions are likely to be both perpetrated and exposed. We’ll also be dealing with the aforementioned eruptions — in the case of relationships, they will be primarily from the unconscious, the past, the realm of our psychological Shadow.

The keys to healing in the midst of this extraordinary confluence of energies include forgiveness, particularly of your own mistakes — the ones most of us are least likely to forgive. In other words, stop beating yourself and others up for simply being human. Admit your mistakes, fix what you can, then move on.

Another key is developing your own compassionate nature (try Metta meditation) while establishing personal boundaries that are firmly set in a foundation of your core values.

Maya Angelou once said “When someone shows you who they are, believe them the first time.” I always felt that was a bit harsh — after all, people can and do change, and first impressions can be wrong. But I’ve come to realize that people don’t often really “show you who they are”. They usually show you only what they want you to see. What we need to do is determine when someone’s words or actions come from their “deep heart’s core”, letting us see what’s underneath the mask. That’s when we should believe them, and set our boundaries accordingly.

Finding what’s underneath the mask will be both a challenge and a worthwhile endeavor for us all this month. If you’d like to know how these planetary patterns are affecting you personally and how you can best manage them in your life, contact me, and we’ll set up a consultation. You might also want to check out the computerized transit and progression report I offer here.

Now, give me a paragraph or so to discuss this chart with the astrologers among you, then we’ll get back to a more-or-less plain English interpretation of what’s going to be happening on the national stage this month.

Astrologers: Cast the chart for Friday, April 5th, 4:52 a.m. EDT, Washington, DC. (Remember the angles and houses are only for the USA. I’m using the equal house system.) The ascendant is 26° 43’ of Aquarius, so Saturn and Uranus are the chart rulers.

Mars, in Gemini, disposits the New Moon in the second, and rules the third house. It’s in a wide but approaching opposition to the Midheaven, and makes a cranky sesqui-quadrate aspect to Saturn. It also sits right on a square to the midpoint between the New Moon and that tight Pluto-South Node conjunction in Capricorn.

Speaking of that powerful gathering of Saturn, SN, and Pluto in Capricorn, do not underestimate this aspect. It’s extremely powerful, transformative, and can be quite destructive, though it promises rebirth as well. The New Moon is in a fairly close, approaching square to it, and note its placement in the 11th house, indicating the Legislative Branch of our government and ruled by Jupiter in this chart.

Jupiter also rules the Midheaven, while Mars and Pluto rule the 10th house. Both the MC and the 10th house rule the Executive Branch. The 9th house, the Judicial Branch, is ruled by Venus, which is part of that confusing, idealistic tangle in Pisces with Neptune and Mercury, and is square the Midheaven.

Uranus is still in a tight semi-square to Neptune. This month, Mercury joins that party as well, adding a little more chaos and confusion to the mix. Note, too, that Pluto is exactly square the midpoint of the New Moon and Uranus.

Also, look at the dignities and debilities of the planets. Jupiter, Saturn and Neptune are all in the signs they rule. Sun and Venus are in the signs of their exaltation, Mercury is in its fall.

Got all that? OK, here’s how I see it playing out nationally. 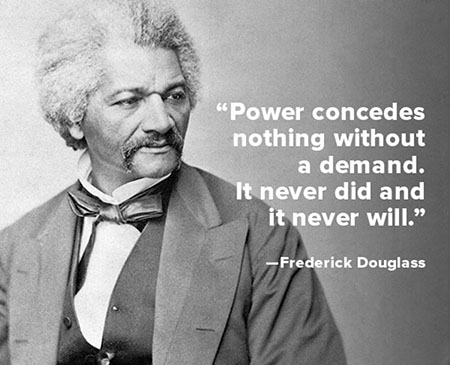 Power Plays and a War of Words

Given the current status of the Mueller report and the standoff between AG Barr and the House, you’ll not be surprised that conflict is the flavor of the month.

But there will also be a resurgence of idealism mixed with confusion, and I expect we’ll be seeing protests and demonstrations of various kinds — some of them could be spontaneous, destructive, and/or misguided in the extreme.

The Executive Branch is under considerable pressure all month, with more word salads on the menu and cries of “Fake News”. But attempts to sweep things under the rug will be ultimately unsuccessful, once all the inevitable legal wrangles are worked out.

I don’t think anything will get wrapped up this month, but there will be a war of words, major power plays, and some stunning revelations followed by the need to step back, do the necessary due diligence, and clean up a number of messes. I’m looking at mid-April, say between the 10th and the 22nd, for some particularly explosive revelations and upheavals.

More flooding is likely, and severe storms involving wind damage. If you are in a vulnerable area, don’t put off needed repairs and preparations for your home.

While we are living through this crazy and conflicted era, it’s important to hold a vision of what can be, what is possible, and remind ourselves regularly of the beauty inherent in life. With that in mind, I’ll leave you with some excellent advice for these changing times.

Go placidly amid the noise and haste, and remember what peace there may be in silence.

As far as possible without surrender be on good terms with all persons. Speak your truth quietly and clearly; and listen to others, even the dull and the ignorant; they too have their story.

Avoid loud and aggressive persons, they are vexations to the spirit. If you compare yourself with others, you may become vain and bitter; for always there will be greater and lesser persons than yourself.

Enjoy your achievements as well as your plans. Keep interested in your own career, however humble; it is a real possession in the changing fortunes of time.

Exercise caution in your business affairs; for the world is full of trickery. But let this not blind you to what virtue there is; many persons strive for high ideals; and everywhere life is full of heroism.

Be yourself. Especially, do not feign affection. Neither be cynical about love; for in the face of all aridity and disenchantment it is as perennial as the grass.

Take kindly the counsel of the years, gracefully surrendering the things of youth. Nurture strength of spirit to shield you in sudden misfortune. But do not distress yourself with dark imaginings. Many fears are born of fatigue and loneliness.

Beyond a wholesome discipline, be gentle with yourself. You are a child of the universe, no less than the trees and the stars; you have a right to be here. And whether or not it is clear to you, no doubt the universe is unfolding as it should.

Therefore be at peace with God, whatever you conceive Him to be, and whatever your labors and aspirations, in the noisy confusion of life keep peace with your soul. With all its sham, drudgery, and broken dreams, it is still a beautiful world.

Be cheerful. Strive to be happy.

Bright blessings of the changing seasons to you.